Joey Iosefa: 'Felt Good To Hit Somebody Besides' My Patriots Teammates - NESN.com Skip to content

FOXBORO, Mass. — Fantasy football owners thought they had it all figured out when the New England Patriots signed Joey Iosefa, not Montee Ball, off the practice squad.

Obviously, since Iosefa was drafted as a fullback, Bolden would get the lion’s share of touches out of the backfield Sunday in what was sure to be a lopsided victory for the Patriots over the Tennessee Titans, right?

Like anyone could ever predict how Bill Belichick would distribute carries.

Iosefa, who played for the FXFL’s Brooklyn Bolts after being cut by the Tampa Bay Buccaneers earlier this season, led the Patriots with 14 carries for 51 yards in their 33-16 win over the Titans. The Samoan immediately became a cult hero around New England when he trucked Titans cornerback Coty Sensabaugh on a 15-yard carry late in the second quarter.

“It was good. I felt confident going in,” Iosefa said. “I had a lot of good preparation throughout the week, tried to get comfortable. I felt good to hit somebody besides my own teammates.”

It seems his teammates are tired of being hit by the Hawaii product in practice.

Iosefa was selected by the Bucs in the seventh round of the 2015 NFL Draft as a fullback and played that position throughout the preseason. He was used at Hawaii as a ball-carrier, however, and compiled 572 touches for 2,656 yards and 24 touchdowns in 32 games. Many expected him to be used as Bolden’s lead blocker Sunday, but he showed his versatility for the Patriots.

Iosefa has lost 20 pounds since signing with the Patriots in October, which has allowed him to play both fullback and running back, if needed.

“We got Joey back in October, and he?s a grinder, hard-working kid,” Belichick said. “He?s gotten in a lot better shape since he?s been here, dropped a little weight, worked hard, obviously learned a new system, wasn?t here in training camp, so he put in a lot of extra time, got in a lot of snaps on the practice field and kind of earned his way to get a chance out there today based on hard work and consistent play in practice and the opportunities that he?s had for us.

“It?s a real credit to him hearing that, and obviously unfortunately he got an opportunity because of some of the injuries that we?ve had, but he can?t control that. All he did was work hard, and I thought he gave us a solid account of himself today. It wasn?t perfect, but he did what we asked him to do and he made some tough yards.”

Iosefa likely earned additional carries as the Patriots keep limping toward a playoff push. Blount and former starting running back Dion Lewis are on season-ending injured reserve, and while Iosefa isn’t quite as fast or shifty, he can continue to play to his strengths in the Patriots’ offense.

“I try to go north and south, be aggressive,” Iosefa said. 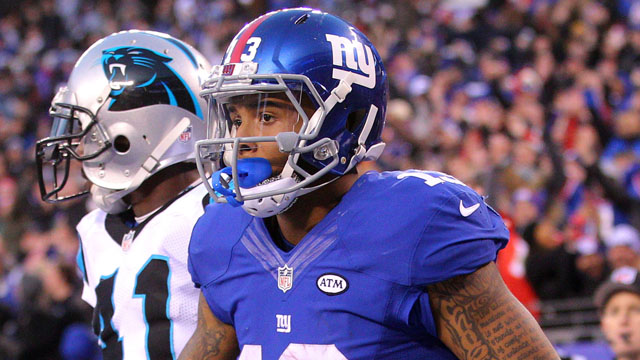