Are the Golden State Warriors and Cleveland Cavaliers on a collision course for an NBA Finals rematch?

The San Antonio Spurs might have something to say about that.

The Warriors continued to roll this week, while the Cavaliers are getting healthier by the day and maintained their No. 1 seed in the Eastern Conference after getting point guard Kyrie Irving back from a knee injury.

The Spurs quietly continue to get the job done, however, riding a balanced offensive attack and a relentless defense to wins in nine of their last 10 games.

After those top three, where does the rest of the league stand? Find out in our Week 8 NBA Power Rankings, which account for all games played through Sunday, Dec. 20.

3. Cleveland Cavaliers (18-7): Cleveland beat the Celtics and Thunder, then welcomed Kyrie Irving back in a blowout win over the Sixers. Not a bad week. Last week: 3

4. Oklahoma City Thunder (18-9): OKC’s only loss in the last 16 days came in a four-point defeat to the East-leading Cavs on Thursday. Last week: 4

5. Indiana Pacers (16-10): The Pacers and Celtics are the highest-scoring teams in the East, averaging 103 points per game. Last week: 8

6. Miami Heat (16-10): Miami is keeping pace in the East thanks to a solid defense that ranks second in the NBA, surrendering just 94.4 points per game. Last week: 9

9. Atlanta Hawks (16-12): The Hawks showed resolve this week, gutting out close wins over the upstart Celtics and Magic. Last week: 12

10. Charlotte Hornets (15-11): The Hornets have lost a bit of their sting, dropping three of their last four. They’re just 4-7 on the road this season. Last week: 7

12. Detroit Pistons (16-12): Reggie Jackson helped the Pistons outlast the Bulls and survive the Celtics with some clutch play down the stretch in both games. Last week: 13

13. Dallas Mavericks (15-12): The Mavs are trending toward mediocrity, having lost three consecutive home games to drop to a 5-5 record in their own arena. Last week: 14

14. Orlando Magic (15-12): Do you believe in Magic? Orlando had ripped off three wins in a row before falling to the Hawks on Sunday. Last week: 16

15. Memphis Grizzlies (15-14): Memphis has hit a bit of a rough stretch but managed to topple a solid Pacers squad Saturday night. Last week: 15

16. Boston Celtics (14-13): The Celtics dropped all three of their games this week, and the players in the locker room aren’t happy about it. Last week: 10

21. Phoenix Suns (12-16): Phoenix is second in the NBA in pace behind only Golden State but still owns the league’s 25th-ranked defense in terms of points allowed. Last week: 20

22. Denver Nuggets (11-16): The Nuggets continued their improved play into this week but fizzled with back-to-back losses to the Jazz and Pelicans. Last week: 24

24. Portland Trail Blazers (11-18): Portland has slipped to the bottom of the Northwest Division after losing three straight. Last week: 23

25. Sacramento Kings (11-16): The Kings are starting to turn things around with wins in four of their last five games. Last week: 26 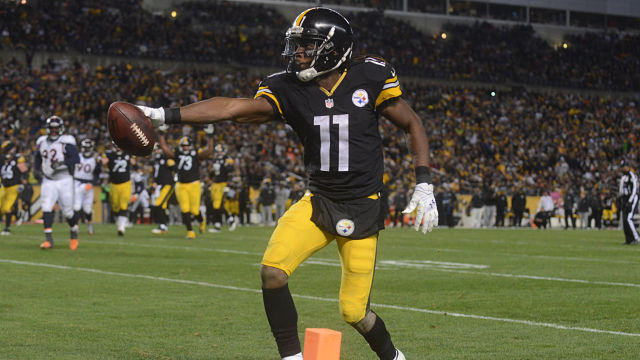 NFL Playoff Picture: Steelers Not Going To Sneak Up On Anyone Anymore