Sunday’s New York Giants game against the Carolina Panthers got out of hand, and apparently, the NFL was all for avoiding the drama.

NFL vice president of officiating Dean Blandino told NFL Network’s “NFL Total Access” on Tuesday that Giants wide receiver Odell Beckham Jr. should have been ejected for his actions during the Week 15 matchup. Beckham got in multiple fights throughout the game and wound up being suspended for one game for a helmet-to-helmet hit on cornerback Josh Norman.

“I think when you look at of the actions in their entirety it does warrant an ejection,” Blandino said, per CBSSports.com. “Anytime a player is suspended for his actions, (it) would warrant an ejection. We don’t take disqualification lightly. It is a short season and the action really has to raise above and beyond the normal course and this certainly did.”

Blandino also said all the blame doesn’t fall on Beckham. Norman reportedly was fined $26,044 for his involvement and could have received a harsher punishment.

“It’s certainly an accumulation of instances and not just on Beckham,” Blandino said. “There was some things on the other side, too, and I think both parties were involved. The officials, if you asked them, they would agree after looking at the tape that ejections were warranted.”

But perhaps the most baffling part of Blandino’s explanation was the fact he claims to have explicitly told the officials they could eject players.

“The crew was doing a really tough job of trying to keep the game under control,” Blandino said. “They had spoken to both head coaches, they had spoken to the players. There was a point in the game where I did get on the headset to the replay official to remind the referee you can eject players, you’ll have our full support, this thing cannot get out of control. Things did tend to settle down as things got closer in the fourth quarter, but certainly there was a point there where things got a little bit crazy.”

If Blandino did tell the refs that, then it’s out of control that they didn’t do anything to deescalate the situation. 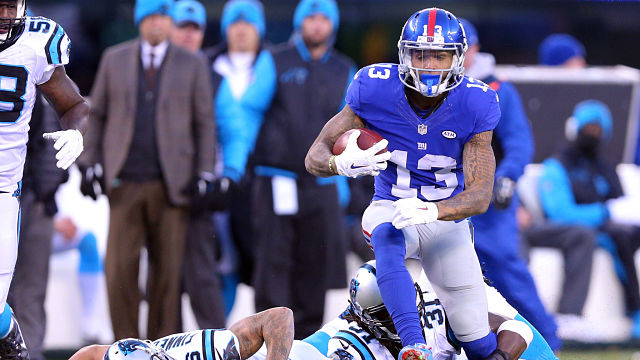