The NHL trade market has been a barren wasteland to start the 2015-16 season.

Only two trades has been made, and it’s easy to see why there hasn’t been much action. Many teams are close to the salary cap and very few clubs, except for maybe the Columbus Blue Jackets, Toronto Maple Leafs and Carolina Hurricanes, can say there’s no chance of them making the Stanley Cup playoffs.

With so many teams in the race, it’s hard to find someone looking to sell. That said, there still are a few major names that could be moved before the trade deadline based on their contract situations.

Does Stamkos leave a Stanley Cup contender with a bright future and lots of good young players to go home for a chance of having a statue of him built if he leads the Toronto Maple Leafs to their first championship in 50 years?

That’s the question entering the trade deadline and free agency — will Stamkos go home and accept the pressure of playing in Toronto, something lots of stars have stayed away from? (Hello, Rick Nash.)

“If there is one takeaway for me from a week or so of Stammerama in the self-proclaimed Centre of the Hockey Universe, it is as follows: Steven Stamkos won’t be playing for the Tampa Bay Lightning next season,” McKenzie wrote.

Although he acknowledged nothing is 100 percent definite, McKenzie added: “But c’mon, if Stamkos and the Bolts were going to live happily ever after they’d be at least a little cozied up by now, sort of like where it currently stands with Anze Kopitar and the Los Angeles Kings.

“Stamkos and the Lightning aren’t even holding hands.  Absent a lightning bolt out of the blue, they’re not going to, either.”

Trading Stamkos for a package that includes at least a top-six forward, a good prospect and a first-round pick could result in just a temporary setback for Tampa Bay. Stamkos would have to approve of any trade, though, because he has a no-movement clause in his contract.

Staal is a top-six center with excellent size at 6-foot-4, 215 pounds, but he’s no longer the franchise cornerstone, No. 1 center we saw from 2003-04 through 2010-11. He’s still capable of producing 20 or so goals and 60-plus points, which is better than most guys expected to be available on the trade market. Staal also is a great character guy as a longtime captain and won a Stanley Cup with Carolina in 2006.

One issue in acquiring Staal is his massive salary cap hit. For a deal to work, a large contract probably would have to be sent back to Carolina, or the Hurricanes would need to eat some salary. Staal might also need to take a pay cut if the team acquiring him has plans to extend his contract. He doesn’t produce at the level of an $8 million player anymore.

Of course, the family factor could weigh heavily. Does Staal want to leave Carolina, where his brother Jordan is signed long-term? Staal has a no-trade clause in his contract.

Byfuglien probably is going to be overpaid on his next contract. His weight and declining mobility make him a risky target as an unrestricted free agent this summer, but for right now, he’s a potential game-changer in the right system.

At his best, Byfuglien uses his physicality to punish opponents at both ends of the ice, leads the rush up ice for successful zone entries and scores goals with his booming slap shot from the point. He’s a very good offensive defenseman with the ability to tally 45 to 55 points in a full season and upgrade a team’s power play. Byfuglien also is capable of playing on the wing, which adds valuable versatility to a lineup.

He also regularly plays more than 20 minutes per game against quality competition and has 43 games of playoff experience, including a Stanley Cup title with the Chicago Blackhawks in 2010.

Ladd is the kind of veteran player Winnipeg should sign long-term, as long as he’s not demanding an enormous salary. One report from the Winnipeg Free Press said Ladd’s initial ask was $6.8 million per season, which is a bit much but not outlandish based on comparable UFAs.

If the Jets decide to move him, there should be a handful of interested GMs. He’ll likely score 50 or more points in a full season as a top-six winger and is capable of logging at least 20 minutes per game if needed.

Ladd, as a longtime captain, also brings the leadership and Stanley Cup-winning experience intangibles that are impossible to quantify but make GMs gush.

Remember when the Leafs acquired a lot of quality depth players on short-term, low-money contracts in the summer even though they weren’t planning to contend this season? It was a smart play because these are the guys general managers covet at the deadline as the final piece in a championship puzzle.

One player who could be targeted is Parenteau, whose 18 points (eight goals, 10 assists) in 34 games would provide solid scoring depth in a third-line role for a contending team. 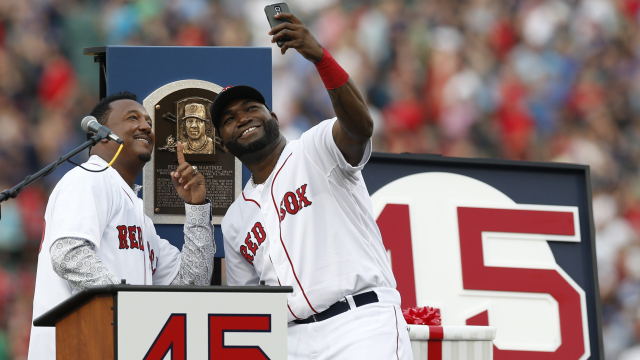