BOSTON — The Edmonton Oilers have more high-end offensive talent than most NHL teams thanks to a forward group that includes five players drafted in the top 10.

Of course, it’s easy to stockpile that level of skill when you’re one of the league’s worst teams for almost a decade. But luckily for the Oilers, they are starting to see some consistently positive results from the young forwards who were drafted so high.

The latest example came Monday night when the Oilers defeated the Bruins 3-2 in overtime for their first win in Boston since Nov. 7, 1996, back when the Macarena song was No. 1 on the Billboard chart. The victory also extended their win streak to six games, the team’s longest since 2011.

Jordan Eberle opened the scoring with a goal at 8:29 of the first period, and then he took advantage of Zdeno Chara’s slip in the corner and assisted on Ryan Nugent-Hopkins goal at 13:59, giving Edmonton a 2-0 lead.

Eberle and Nugent-Hopkins also picked up the assists on Andrej Sekera’s game-winning goal in overtime.

“Our skilled guys got us a couple of goals on very few chances (Monday night), and that was a good thing,” Oilers head coach Todd McLellan said.

Edmonton has been without Connor McDavid, the No. 1 pick in the 2015 NHL draft, since he broke his collarbone on Nov. 3. McDavid led all rookies in scoring at the time of his injury. Although it took a while for the Oilers offense to consistently score goals in his absence, it appears the team’s young guns are hitting their stride.

Here’s a look at the offensive production from Edmonton’s first-round selections (excluding injured No. 1 overall picks McDavid and Nail Yakupov) during its six-game win streak. They’ve combined for 12 goals and 17 assists during this span.

The Oilers have scored 22 goals during their streak, an average of 3.67 tallies per game. It’s helped them move into a second-place tie — and a playoff spot! — in the Pacific Division.

“We have a pretty deep team right now, it’s great to see,” Nugent-Hopkins said. “It doesn’t just have to be one line, or even two lines. It comes from the third and fourth lines, even the defensemen. Obviously, a great performance from our goaltender, too. We do have the team where guys can step up any given night and we’re going to need that in the last half of the year.”

The Oilers will need to maintain this scoring output for as long as possible because the team’s defensive play leaves a lot to be desired. Edmonton has improved to 12th in goals scored per game thanks to its recent offensive surge, but it also places 28th in goals against average.

The Oilers lack depth and high-end skill on the blue line, and it shows in their puck-possession numbers. At even strength, Edmonton accounts for just 48.5 percent of all shot attempts and 47.5 percent of unblocked shot attempts. They struggled again Monday night, when the Bruins controlled 71.3 percent of 5-on-5 shot attempts, including a dominant 21-3 margin in the second period.

At this stage in the Oilers’ development, they need their offense to carry the load most nights. Recent results suggest that’s possible, at least for a while, and hopefully until McDavid is ready to return in the New Year. 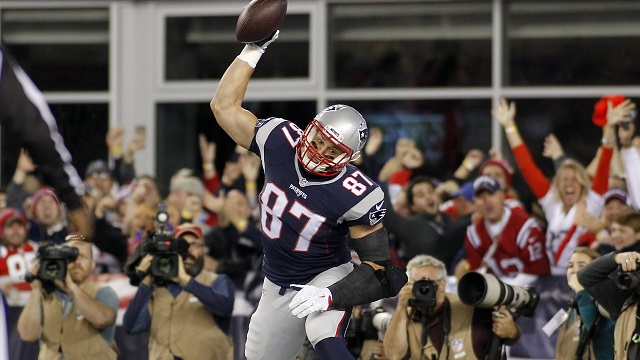 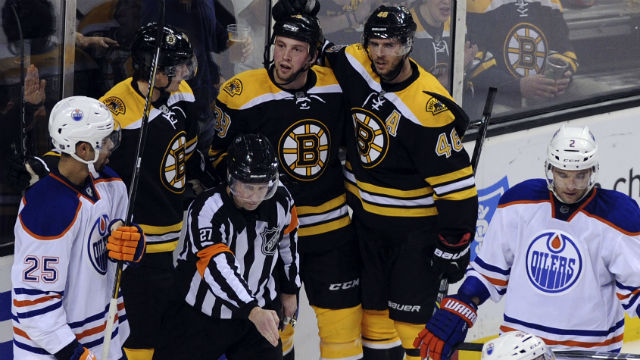