Final — Patriots 33, Titans 16: Gostkowski chipped in a 32-yard field goal with 1:06 remaining and the Titans couldn’t score on their ensuing drive, earning the Patriots a 33-16 win.

Brady completed 23 of 35 passes for 267 yards and two touchdowns. Joey Iosefa was the Patriots’ leading rusher with 51 yards on 14 carries, while James White led New England in receiving with seven catches for 71 yards and a touchdown.

Fourth quarter, 2:00, Patriots 30-16: The Patriots victimized Mettenberger for the second time in three drives, as Jamie Collins intercepted a deflected pass intended for Delanie Walker and returned it 51 yards to the Titans’ 16-yard line.

Fourth quarter, 3:38, Patriots 30-16: Brady completed a 31-yard pass to LaFell on third down to help move New England into field-goal range, and Gostkowski nailed a 42-yard field goal despite hitting the right upright.

Brady threw two deep balls to Gronkowski in the left corner of the end zone, but the Patriots tight end couldn’t hold on to the first pass and caught the second one out of bounds.

Chung is questionable to return with a hip injury.

Fourth quarter, 6:52, Patriots 27-16: The Titans struck immediately on their ensuing drive, as Delanie Walker broke free of a Patrick Chung tackle and sprinted down the sideline for a 57-yard touchdown reception.

To make matters worse, Chung was injured on the play and stayed on the ground for several minutes.

Fourth quarter, 7:04, Patriots 27-10: An offensive pass interference penalty on Keshawn Martin wiped out a massive 70-yard completion from Brady to James White, who made a nice spin move on the left sideline and broke free for a huge gain.

The penalty put the Patriots in a third-and-long situation, and they were forced to punt.

The Patriots cornerback spoiled a nice Titans drive by intercepting a 36-yard Mettenberger pass intended for Harry Douglas in the end zone.

Some good news for Patriots fans: Hightower has returned to the Patriots’ sideline with his helmet in hand, although he has yet to re-enter to the game.

Titans defensive lineman Karl Klug sacked Brady for a 7-yard loss on second down at his own 27-yard line, and the Patriots were forced to punt.

Fourth quarter, 15:00, Patriots 27-10: The Patriots forced a punt after allowing one first down.

Pass rusher Chandler Jones picked up sack No. 12.5 on the season. He has two in the game.

Amendola was ruled out with his knee injury.

Third quarter, 5:09, Patriots 27-10: This could be the quickest game of the season for the Patriots. Stephen Gostkowski just drove through a 38-yard field goal to put the Patriots back ahead by three scores.

Rookie running back Joey Iosefa leads the Patriots with 38 yards on eight carries. Brady is 16 of 25 for 174 yards with two touchdowns. James White leads the team with seven catches for 71 yards with a score.

Third quarter, 10:05, Patriots 24-10: The Patriots allowed their first touchdown of the game.

Logan Ryan allowed a 30-yard catch to Dorial Green-Beckham earlier in the series. Ryan has given up 78 yards on three catches and five targets to Green-Beckham.

Third quarter, 14:03, Patriots 24-3: The Patriots went three-and-out to start the second half.

Titans QB Marcus Mariota has been ruled out with a knee injury. Mettenberger will finish the game, barring his own injury.

Third quarter, 15:00, Patriots 24-3: Amendola is questionable to return with a knee injury. He came out of the locker room with the rest of the team, then went back in. It appears his day is over.

End half, Patriots 24-3: Stephen Gostkowski’s 48-yard field goal attempt was no good. That’s just his second miss of the season.

Danny Amendola injured his left knee on the Patriots’ punt return. He was checked out by trainers then was spotted limping on the sideline.

The half ended with Jabaal Sheard sacking Zach Mettenberger, who is in for Marcus Mariota. Mariota is questionable to return with a knee injury of his own.

Second quarter 1:13, Patriots 24-3: The Titans, who are terrible, just went three-and-out again. The Patriots have the ball on their own 33-yard line.

Second quarter 1:44, Patriots 24-3: The Patriots settled for a field goal, but at least we got to see Joey Iosefa do this to poor Coty Sensabaugh:

IOSEFA HAS NO CHILL pic.twitter.com/OnJHl6GEQf

Second quarter 5:00, Patriots 21-3: The Patriots forced a turnover on downs after safety Patrick Chung and linebacker Dont’a Hightower stopped running back Antonio Andrews for no gain on fourth down.

The Patriots have the ball on their own 38-yard line.

Second quarter 9:23, Patriots 21-3: It sure didn’t take long for the Patriots to respond.

Keshawn Martin’s 75-yard kick return gave the Patriots great field position. Brady dumped the ball off to James White, who let the play develop as he scampered 30 yards for his fifth touchdown of the season.

Second quarter 11:24, Patriots 14-0: The Patriots forced a three-and-out, then Danny Amendola fumbled his punt return and the Titans recovered. The Titans have the ball back on the Patriots’ 26-yard line.

Second quarter 13:48, Patriots 14-0: Chandler Jones just dominated Titans left tackle Taylor Lewan for a strip sack, all while drawing an illegal hands to the face penalty. The ball bounced 19 yards into the end zone, where Hicks recovered it for the touchdown.

Jones has 11.5 sacks on the season, which ties a career high.

Chandler Jones first sack in 5 games is a big one pic.twitter.com/XuyeMN6CjU

First quarter 0:45, Patriots 7-0: The Patriots didn’t have as much success on their second drive of the game, being forced to punt after just one first down.

Rookie running back Joey Iosefa picked up the first down on a 5-yard carry, the first of his career. Rookie right guard Tre’ Jackson gave up a sack to Titans defensive tackle Jurrell Casey on third down.

First quarter 3:11, Patriots 7-0: The Patriots allowed two first downs before forcing a punt. Dont’a Hightower drew a hold on third down, pushing the Titans back to third and 24. Defensive tackle Akiem Hicks helped push back Tennessee with a sack.

The Patriots have the ball on their own 23-yard line.

First quarter 7:10, Patriots 7-0: The Patriots drove down the field with ease before Brady hit Rob Gronkowski on a 5-yard TD in the red zone.

Running back Brandon Bolden drew the start and picked up 19 yards on four carries.

Brandon LaFell led the way with 39 yards on two catches.

First quarter 13:37: The Patriots forced a three-and-out on the opening series. They let up 8 yards on two carries and forced an incompletion on third down.

Patriots DT Alan Branch is on the sideline getting medical attention.

First quarter 15:00: The Titans called heads. The coin came up tails, so the Patriots will defer and kick off to start the game.

11:20 a.m.: Rob Gronkowski is dedicating this game to his friend Dana, who passed away Friday.

So, Freeny, Edelman, Stork, McCourty and Chandler won’t play, according to the injury report and various reports. That leaves two more players for the Patriots to declare inactive at 11:30 a.m.

10:55 a.m.: Patriots starting center Bryan Stork was spotted heading to the parking lot by CSNNE’s Mike Giardi. That typically means a player will be inactive. Stork isn’t expected to play, ESPN’s Adam Schefter reported, as passed along by Mike Reiss.

Giardi also reported tight end Scott Chandler was headed to the parking lot, but linebacker Dont’a Hightower was going to the locker room, which is a positive sign for the star, who has missed the past two games.

Patriots starting running backs Dion Lewis and LeGarrette Blount both are on injured reserve, which leaves Bolden, James White and Joey Iosefa on the 53-man roster. White has emerged as the Patriots’ third-d0wn back, while Iosefa was drafted as a fullback. That leaves Bolden to take on the bulk of the Patriots’ carries in a game which could be a blowout over the Tennessee Titans.

Of course, it’s always wise to expect the unexpected with the Patriots, so while Bolden should receive 20-plus touches Sunday afternoon, head coach Bill Belichick might have something up his cut-off sleeves. 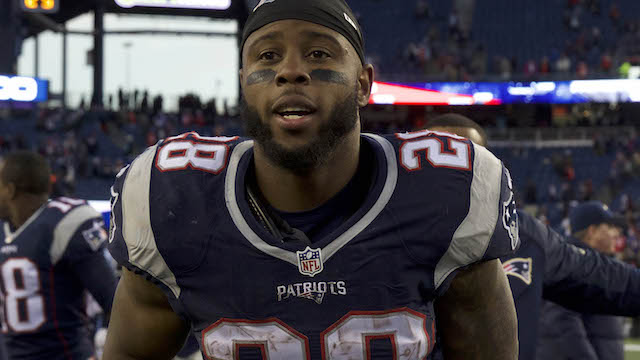 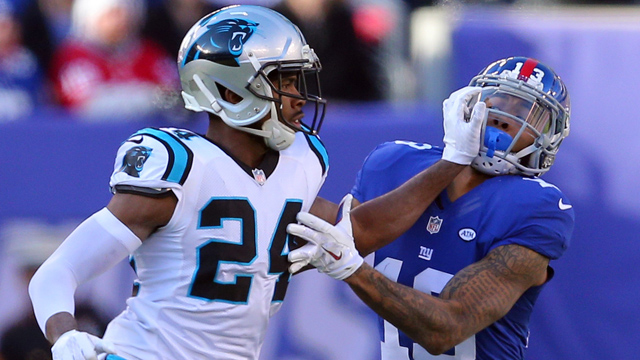