ORIGINAL STORY: The Cubs lost out on David Price to Boston, and it appears a former Red Sox pitcher might be Chicago’s second option.

The Cubs are interested in adding free-agent pitcher John Lackey, according to multiple reports. Yahoo! Sports’ Tim Brown says the club is “pretty hot” on Lackey, exploring the possibility of a two- or three-year deal. FOX Sports’ Ken Rosenthal has heard similar things in regards to the length of a deal, but says others are involved in the chase.

Adding Lackey would make plenty of sense for the Cubs, as the veteran right-hander has ties to the organization. Cubs president Theo Epstein signed Lackey to a free-agent deal when Epstein was general manager of the Red Sox. Lackey also is good friends with Cubs pitcher Jon Lester, a former Red Sox teammate.

Signing with the Cubs would allow Lackey to avoid facing Lester, who finally picked up his first career hit last season against his ex-teammate. 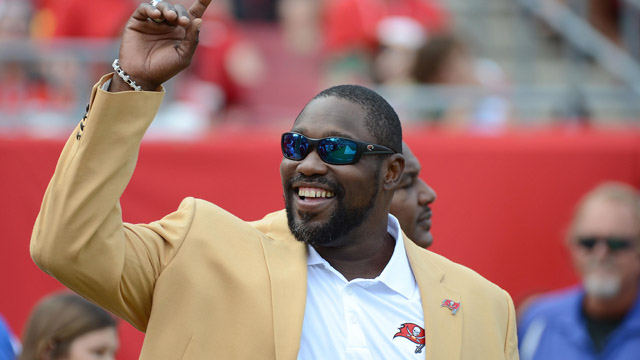 Warren Sapp Implies Patriots Started Cheating In 2000, Have Been Ever Since