FOXBORO, Mass. — Rob Gronkowski was a man on a mission Sunday, and it didn’t take long for him to accomplish his goal.

The New England Patriots tight end missed practice Friday for personal reasons after a close family friend died, and Gronkowski took to Facebook before the Patriots’ game against the Tennessee Titans to dedicate the contest to him.

On New England’s very first drive of the game, Gronkowski honored his late friend with an awesome moment by scoring the game’s first touchdown on a 5-yard pass from quarterback Tom Brady.

Gronkowski immediately pointed to the sky after scoring in an apparent tribute to his friend. After uncorking his trademark “Gronk Spike,” the Patriots tight end also went over to retrieve the football and take it with him to the bench.

Of course, scoring touchdowns is nothing new for Gronk. That catch was his 11th TD of the season, and he now has scored at least one touchdown in all but three of the 13 games he has played in this season.

We’d imagine this one’s a bit more special than the rest, though. 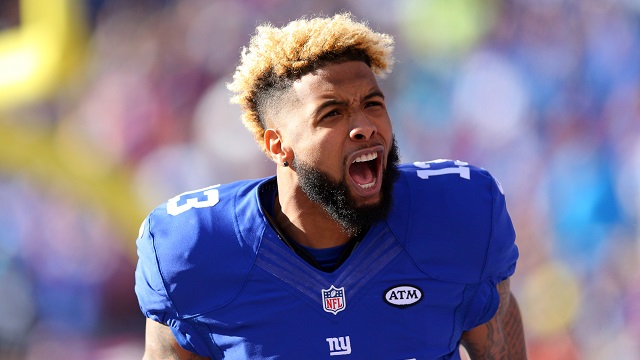