Peyton Manning denies the allegations he received human growth hormone from an Indianapolis-based anti-aging clinic in 2011, but his wife did have a prescription there.

The Denver Broncos quarterback was named in Al Jazeera documentary “The Dark Side,” which airs Sunday, as one of the athletes who received HGH from the Guyer Institute. The report alleges the HGH was sent to Manning under his wife Ashley’s name.

Manning has since called the report “complete garbage,” and the Broncos have stood by their quarterback. Manning also hired a crisis manager in former White House press secretary Ari Fleischer, who admitted Ashley Manning had a prescription at the clinic but denied the HGH claims to NFL Media’s Ian Rapoport.

Peyton Manning retained the services of former WH Press secretary Ari Fleischer, who now does crisis management. I spoke to him last night

Manning spokesman did say Peyton's wife was a patient at this anti-aging clinic in question. She had a prescription, wouldn't say for what

Charlie Sly, the pharmacist who reportedly sent the HGH under Ashley Manning’s name, has since recanted his claims. 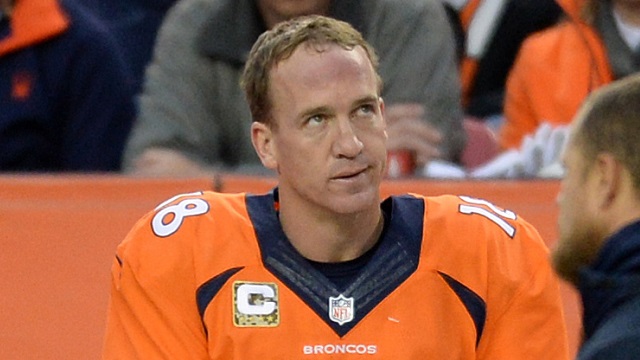