The Patriots attempted to improve their running game by taking a flyer on Trey Williams on Tuesday, claiming the 5-foot-7, 195-pound running back off waivers from the Dallas Cowboys.

In games without Lewis, including Week 7 against the New York Jets, the Patriots have just 217 yards on 70 attempts for 3.1 yards per carry. Lewis had 49 carries for 234 yards and 4.8 yards per carry before being placed on injured reserve.

The Patriots carried the ball just 16 times for 39 yards Sunday night against the Denver Broncos in their first loss of the season, and their lack of trust in LeGarrette Blount, Brandon Bolden and James White was evident when they continued passing — nearly ending Rob Gronkowski’s season in the process — in the fourth quarter when they desperately needed to kill some clock.

The Patriots currently lack elite speed and agility in the running game, as well. Lewis averaged 10.8 yards per reception, while other Patriots running backs are averaging 9.5 yards per catch, which includes Bolden’s 63-yard TD from Sunday night.

Williams adds big play ability, as he showed on this 38-yard carry in Week 2 of the preseason.

His elusiveness isn’t on par with Lewis’, but he’s a similar type of player, and he could fit the Patriots’ current offensive system better than Blount or White. The Patriots have an athletic offensive line that excels at pulling. It’s not built for a power rushing attack, and it isn’t adept enough at creating rushing lanes for White. A running back has to make defenders miss, and it appears Williams can do just that.

He also has the speed to get to the edge on outside runs. The Patriots didn’t attempt a single outside run against the Broncos.

Of course, it’s probably wise to temper expectations over Williams. He went undrafted out of Texas A&M and doesn’t have a regular-season carry. He only caught two passes in the preseason, and both were on check downs, so it’s unlikely we’ll see him splitting out wide as a receiver like the Patriots typically ask out of third-down backs.

Williams might not be a major contributor for the Patriots, but it’s smart for them to take a chance on a player who could boost a rushing attack that’s really struggled since its starter went down. 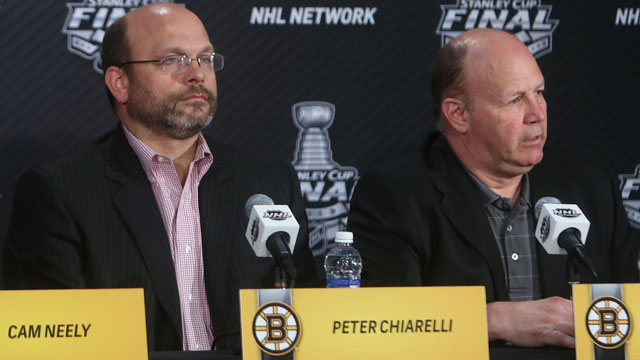