FOXBORO, Mass. — Brandon LaFell was a key component of the New England Patriots’ run to a fourth Super Bowl title last season, but it might be more difficult to make a similarly strong impact this time.

The veteran wide receiver caught two touchdown passes in the 2014 NFL playoffs, one in the divisional round win over the Baltimore Ravens and another for the opening score of Super Bowl XLIX versus the Seattle Seahawks. But as New England prepares for another playoff appearance, LaFell is under the microscope, not just for his battle with injuries but for his substandard play as he’s worked back to 100 percent.

“Brandon’s really pushed through,” Patriots head coach Bill Belichick said before Wednesday’s practice at Gillette Stadium. “Being on the PUP, he had a little extra time in terms of starting right at the beginning of the season, but anytime you come in the middle of the year without the full training cycle, the offseason, training camp and all that — you’re always playing catch up. You might marginalize the gap, but it’s not the same as having that whole period there.

“Mentally and schematically, I think that’s all caught up. Physically, it’s improving. It’s certainly good enough to be competitive. Is it as good as it would be without all the other training? No, I don’t think so.”

LaFell, who missed training camp, the preseason and the first six weeks of the season on the physically unable to perform list after having foot surgery in the spring, made his season debut in Week 7 against the New York Jets and has tallied 37 receptions for 515 yards and zero touchdowns in 11 games played. His best performance came Nov. 8, when he caught five passes for 102 yards in a 27-10 win over the Washington Redskins.

In addition to LaFell’s challenge in playing while trying to get back to full health, he also was forced to take on more responsibility in the Patriots offense because of injuries to receivers Julian Edelman, Danny Amendola and tight end Rob Gronkowski. His struggles with drops after his return sparked the ire of Patriots fans across New England.

Being the No. 1 or No. 2 option in this passing attack hasn’t been the norm for LaFell since he arrived in New England before last season.

“Roles change every week,” Belichick said. “Whether we change them or someone else changes them, the defense, their adjustments change them. That’s football, and you have to be able to handle them. You can’t just run one route or do one thing. You have to be able to do multiple things and handle multiple situations. We all have to deal with that.”

Edelman and Amendola are expected to return for the divisional round next week, but that doesn’t mean LaFell’s role will necessarily diminish. He’s still a potential X-factor for the Patriots offense, as last season’s Super Bowl run proved. 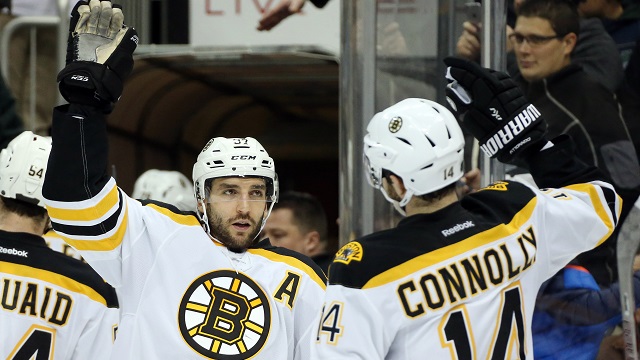