FOXBORO, Mass. — It felt like a Wednesday at Gillette Stadium, even though it shouldn’t have.

Typically, Wednesdays draw the biggest horde of reporters to the New England Patriots’ facility, since that’s the day head coach Bill Belichick and quarterback Tom Brady hold news conferences. The Patriots play Saturday, however, so the entire week was moved up, which meant Tuesday should have drawn the heaviest media contingency.

That wasn’t the case Wednesday.

The Chandler Jones saga drew news reporters and national outlets into the Patriots’ locker room. Questions about Jones’ hospital visit and the potential distractions stemming from it rained down on players, who deflected the questions like Malcolm Butler on an underthrown pass.

Maybe a sketchy hospital visit would tear apart most teams, but not one that housed a murderer and dealt with months of Deflategate talk. No, the Patriots are still focused on the Kansas City Chiefs, thanks to the handy work of head coach Bill Belichick.

See, Harmon addressed the topic and deflected like a pro. Belichick has been down this road before with distractions, and it never seems to affect his team.

That’s not to say the Patriots aren’t handling the Jones situation … differently. The team released a statement Tuesday night, but Jones didn’t talk Wednesday to address and deny some of the rumors floating around about his hospital visit. It seems the Patriots will try to ignore this as much as possible leading up to Saturday’s game with the Chiefs. And if any more details are released — which seems unlikely, given the Foxboro Police Department’s handling of the situation — they’ll react accordingly. The Patriots sometimes choose to address distractions head-on. They’re hanging back on this one.

Don’t expect Belichick to expound on the situation when he speaks Thursday morning either, if he even acknowledges its existence at all. Jones went to the hospital, and now he’s practicing. That’s all that’s coming from Patriots camp.

It seems obvious the Patriots aren’t treating this as if it’s a serious situation, and perhaps one can’t help to blame them. Jones wasn’t arrested, so it’s highly unlikely he’ll be disciplined by the league. It appears the worst that can happen is Jones could be placed in the NFL’s substance abuse program, which still wouldn’t result in a suspension.

This is a big deal because it’s happening in New England at playoff time. It’s also being made a big deal because outside of Aaron Hernandez, Patriots players aren’t typically in the news for the wrong reasons. And when they are, Belichick and his team know how to react. 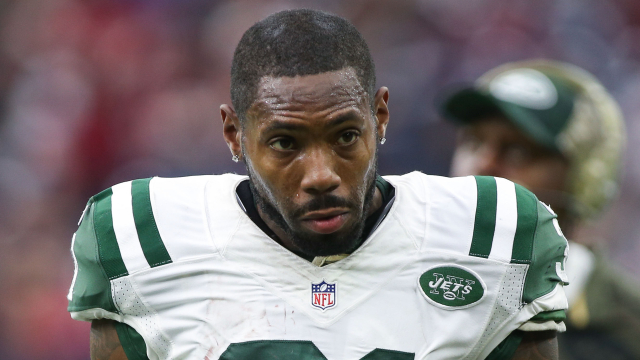