Bruins At The Break: Playoffs Very Much In Reach Entering All-Star Weekend - NESN.com Skip to content

BOSTON — The Bruins would have preferred go to into the NHL’s All-Star break on the heels of something other than a 6-2 loss, which they suffered Tuesday night at the hands of the Anaheim Ducks. But as far as postgame locker rooms vibes go, the one after this particular defeat was abnormally upbeat, given the lopsided final score.

“I think we?ve surprised a lot of people,” defenseman Torey Krug said. “(But) we?re not surprised with where we are. We had a goal to be in the top three before the All-Star break, and we?re sitting right there.”

That the Bruins are where they are — third in the Atlantic Division, fifth in the Eastern Conference — with less than 35 games remaining is a significant accomplishment after just how poorly their season started.

Following an offseason roster revamp and the influx of several players with little NHL experience, Boston was blown out in each of its first three games, setting off alarms that Bruins fans might be in for a long, long winter. Fast-forward three-and-a-half months, and the B’s now are right in the thick of the playoff race after reeling off five wins in their last seven games.

The Bruins will enter the weekend in possession of no worse than the East’s first wild-card spot, as the Tampa Bay Lightning can leapfrog them in the Atlantic with a win Wednesday night.

“I think at the beginning of the year, there were a lot of people that probably thought that we wouldn?t be in the playoffs, and we kind of heard that kind of stuff, and that we would be a younger team,” forward Ryan Spooner said. “But I think we?ve shown that we can play with the top teams, and I think that we?ve proved a lot of people wrong. We just have to keep that up.”

The six-day All-Star break will give the Bruins some much-needed rest and recovery time, which should be especially beneficial for young players such as Spooner, who noted he’s still adjusting to the everyday grind of an NHL schedule.

But, perhaps most importantly, it’ll also be an opportunity to refocus before the postseason push begins in earnest. Their No. 1 goal? Maintain a level of consistency that has eluded them this season.

The Bruins have enjoyed four winning streaks of three or more games, but they’ve also lost three in a row on four separate occasions. And then there’s the matter of their garish home-road splits: Boston owns the NHL’s third-best record when playing away from TD Garden but is 25th in the league on home ice.

“I think there is still a lot of room for improvement for us,” goalie Tuukka Rask said. “We?ve played some good hockey, we?ve got some wins, but obviously, we?ve kind of still been in a bit of a roller-coaster ride at times. I think you want to try and find that consistency. Your average game shouldn?t be too bad. You?re trying to bring that level up as a whole group, so I think that?s something we want to work on and cut some of the mistakes, and we?ll be fine.

“But we?re in a good spot. It?s a good division-type conference. Anything can happen. At least it?s good training for playoffs, because there are no easy games.” 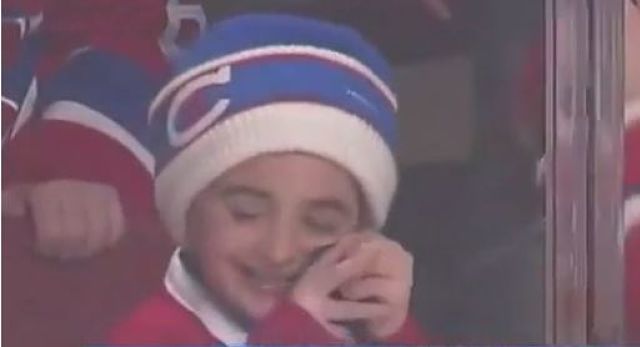 Young Canadiens Fan Has Adorable Reaction To Being Given Puck (Video)