Bruins-Senators Finish Was 3-On-3 Overtime At Its Very Best (Videos) - NESN.com Skip to content

If you were one of the three or four North Americans who weren’t sold on the NHL’s new overtime format entering the weekend, the finish of Saturday night’s Boston Bruins-Ottawa Senators game should have converted you.

Tied at a goal apiece at the end of regulation, the Bruins and Senators proceeded to play four minutes and 22 seconds of wide-open, wildly entertaining 3-on-3 hockey, ending only when Mark Stone roofed the rebound of his own wraparound bid past Bruins goalie Tuukka Rask to give the Senators a hard-earned 2-1 victory.

“This was a big game for both teams, and I thought we had some real good chances in the overtime — probably had better chances,” Bruins coach Claude Julien said in a postgame interview with NESN’s Jack Edwards and Andy Brickley. “But they had that one and made the best of it.”

The teams combined for nearly a dozen scoring chances in less than four-and-a-half minutes (my count had them at five apiece), any of which easily could have ended the game.

For the Bruins, Loui Eriksson had a breakaway attempt stonewalled by Craig Anderson, then later beat the Ottawa goalie but rang the post. The Senators also broke up two grade-A connections between Patrice Bergeron and Brad Marchand, and Ryan Spooner’s pass to Colin Miller on a 2-on-1 slid just out of the rookie defenseman’s reach.

Ottawa, meanwhile, fired five shots on Rask before Stone’s winner, including one by a wide-open Erik Karlsson, who had been left all alone in the low slot.

Karlsson was, simply put, a beast for the Senators. The two-time Norris Trophy-winning defenseman assisted on both Ottawa goals, logged an astounding 32:57 of ice time and did not leave the ice in overtime until more than two-and-a-half minutes had elapsed.

If you weren’t able to catch the game, do yourself a favor and check out the highlights below. Overtime begins around the 3:40 mark. 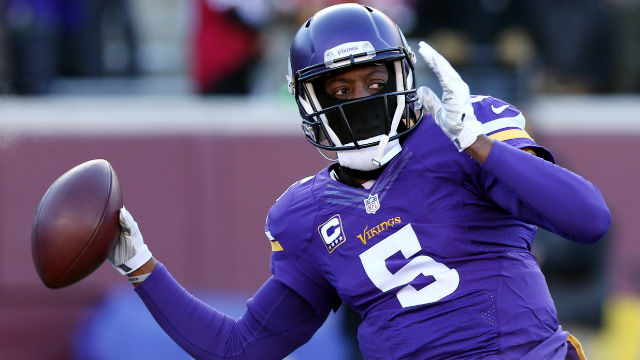 Report: NFL Worried About PSI In Seahawks-Vikings, Will Swap Out Footballs At Half