BOSTON — The Bruins scored a goal less than a minute after puck drop Tuesday night but managed just one more the rest of the way as they fell to the Anaheim Ducks in their final game before the NHL’s All-Star break.

Corey Perry, Shea Theodore, David Perron and Ryan Kesler each tallied a goal and an assist in Anaheim’s 6-2 win, and Matt Beleskey finished with two assists for Boston in his first game against his former team.

The Bruins have the third-best record in the Atlantic Division, but the Tampa Bay Lightning would overtake them with a win Wednesday night against the Toronto Maple Leafs.

IT WAS OVER WHEN…
Kesler potted an empty-netter to make it 5-1, and Mike Santorelli added another conventional tally 23 seconds later to put the finishing touches on the Ducks’ blowout win.

TROTMAN GETS GOING EARLY
Zach Trotman went without a goal in his first 26 games this season, but he scored just 40 seconds into his 27th to give the Bruins an early 1-0 lead.

Zach Trotman?s first goal of the year comes less than a minute in pic.twitter.com/16HSllpsw6

Trotman’s goal left Dennis Seidenberg as the only current Bruin who has yet to score one this season.

TEMPERS FLARE
The Ducks rallied for two goals of their own in a first period that also featured plenty of after-the-whistle antics.

Anaheim’s Patrick Maroon and Boston’s Zdeno Chara exchanged words after the former bumped the latter, and Torey Krug dropped the gloves with the much bigger Chris Stewart in response to a late hit by David Perron on Kevan Miller.

Stewart easily handled the 5-foot-9 Bruins defenseman, but Krug received an ovation from the Garden crowd for his willingness to throw down.

GOING TO THE BULLPEN
Jonas Gustavsson allowed both of Anaheim’s first-period goals — to Perry and Theodore — then did not return to the ice for the second frame. The Bruins later announced that the veteran goaltender’s exit was due to illness, and that he’d been transported to Massachusetts General Hospital for observation.

Tuukka Rask, who made 34 saves in a win Monday night, took over for Gustavsson and allowed three goals on 22 shots.

It was just the second time the Bruins had switched goalies mid-game this season, with the first coming in a Dec. 4 loss to the Calgary Flames.

A JOLT FROM BIG Z
After the Bruins were outscored two goals to none in a snoozefest of a second period, Chara lit a fire under his team with a goal 2:04 into the third.

Ryan Spooner was credited with the primary assist on the play, running his total to 13 helpers in his last 14 games and a team-high 27 this season.

Boston had several other chances to draw closer in the final frame, including one in which Krug hit the crossbar, but couldn’t put another puck past Frederik Andersen, who finished with 32 saves in the win.

PK > PP
In a battle of dominant special teams units, Anaheim’s league-best penalty kill got the best of Boston’s second-ranked power play. The Bruins went 0-for-4 on the man advantage and also allowed a power-play goal.

UP NEXT
The Bruins now will enjoy six days off as Patrice Bergeron and the rest of the NHL All-Stars convene in Nashville. Boston returns to action Tuesday, Feb. 3 against the Toronto Maple Leafs at TD Garden. 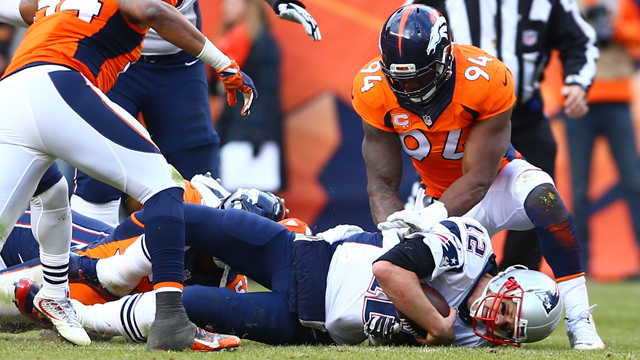 Unnamed Broncos Player Tries To Do Something Unspeakable To Tom Brady 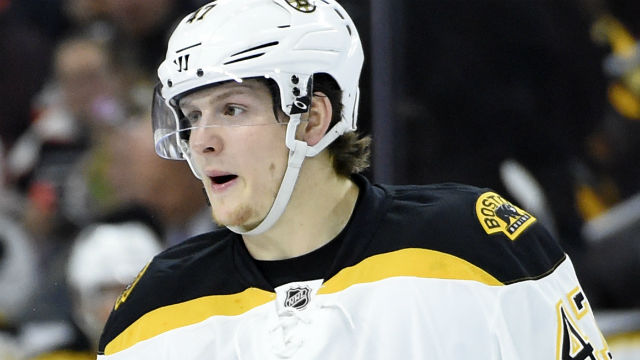