Victories have been few and far between of late for the Boston Bruins, but Ryan Spooner made sure his team ended its five-game road trip on a positive note.

The young Bruins center scored one goal and added two assists Friday night as Boston won 4-1 over the Buffalo Sabres to snap a three-game losing streak.

Matt Beleskey also tallied a goal and an assist, Loui Eriksson contributed two helpers, and Jonas Gustavsson stopped 33 of the 34 shots he faced in the win.

IT WAS OVER WHEN…
Spooner fired a shot through a Beleskey screen to put the Bruins ahead by two goals with 9:07 remaining in the third period.

The 23-year-old, who was elevated to the second line after the Bruins lost David Krejci to an upper body injury, is in the midst of the most productive stretch of his career. He’s tallied 21 points in his last 18 games.

A RARE BOUT
Max Talbot dropped the gloves for the first time since December 2014 when he challenged Sabres winger Johan Larsson late in the first period.

Talbot and Larsson throw down for an extended bout https://t.co/UPlMiZO6Zb

The bout was Talbot’s first as a member of the Bruins, and it came 24 seconds after David Legwand opened the scoring for Buffalo. Talbot has fought once in each of the last five seasons, according to HockeyFights.com.

RIGHT PLACE, RIGHT TIME
Spooner and Beleskey have two of the Bruins’ best players since the calendar flipped to 2016, and they teamed up to produce Boston’s first goal of the night.

Spooner fired a wrist shot on Sabres goalie Robin Lehner, and Beleskey was there to slam the rebound home, tying the game at one goal apiece 61 seconds into the second period.

BIG DAY FOR THE PK
Sabres outshot the Bruins 26-18 over the first two periods but managed just one goal, thanks in large part to the work of Boston’s penalty-killers.

The Bruins were called for three minor penalties during one five-minute span in the second period, but their PK unit, which has been dominant of late, held strong.

BIG Z GETS ONE
Zdeno Chara gave the Bruins their first lead of the night when he lit the lamp just 29 seconds into the third period.

The goal snapped a streak of 18 games without one for the Bruins captain. Spooner and Beleskey assisted on the tally, giving the former nine helpers in his last eight games and his 23 on the season.

GUS BOUNCES BACK
The Sabres torched Gustavsson in a 6-3 win back on Dec. 26, but the Bruins’ backup netminder turned in a much better performance Friday. He kept Buffalo off the board for the final 45 minutes to earn his second straight win.

LINEUP NOTES
David Pastrnak missed his second consecutive game as he continues to recover from an upper body injury. Jimmy Hayes returned to his usual third-line spot after playing one game on the top unit, and Brett Connolly moved from the third line back to the first.

Connolly, who’d scored just one goal in his previous 31 games, sealed things with an empty-netter.

UP NEXT
The Bruins would be wise to get some good shut-eye on the plane home from Buffalo. They take on the Toronto Maple Leafs on Saturday night at TD Garden in the second game of a back-to-back. 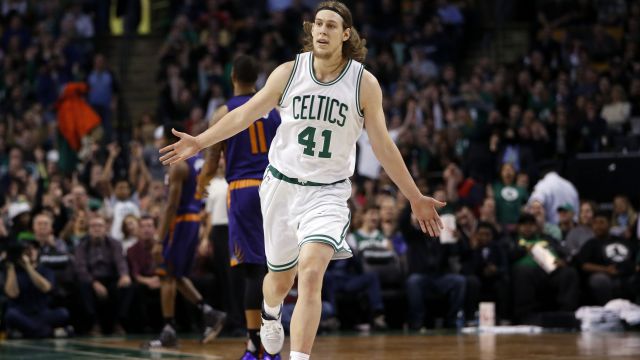