BOSTON — Isaiah Thomas admitted Wednesday that only three people allowed him to be himself on a basketball court.

One was his coach at the University of Washington, Lorenzo Romar. Another was Boston Celtics coach Brad Stevens. And the third was roaming the sideline near Stevens at TD Garden on Wednesday night.

Denver Nuggets head coach Michael Malone coached Thomas during the point guard’s final season with the Sacramento Kings in 2013-14. That season saw Thomas average a then-career high 20.3 points per game, but more importantly, it allowed him to develop a close relationship with Malone.

Thomas spoke glowingly of his former coach after the two reunited Wednesday.

“One of the best coaches in the NBA,” Thomas said. “He’s a guy that knows a lot about the game of basketball, really works hard at it, studies the game day in and day out. One of the first guys that really gave me my chance to be myself and play my game and work around what I do. He’s a good coach but an even better person. Somebody that I talk to to this day.”

Judging by Malone’s comments about Thomas before the game, the feeling is mutual.

“Isaiah and I remain close,” Malone said. “Love him as a person and as a player. A guy I did not want to lose while I was in (Sacramento), in our second season. He’s got a chip on his shoulder. Last pick in the draft, he has that ‘keep on doubting me’ attitude.

“He loves being in the gym, he’s a guy you love being around, and that’s why I think he’s worthy of an All-Star reserve spot this year, which I hope he gets. He’s worked very hard. You look at his numbers and he’s a guy who deserves to be on that team.”

Let’s hit a few other, er, nuggets from Celtics-Nuggets:

— The Celtics have caused opponents nightmares on the defensive end lately.

Boston’s aggressive defense racked up 15 steals and forced Denver to commit 20 turnovers, marking the third consecutive game the Celtics’ opponent has given the ball away 20 or more times. But Stevens downplayed those impressive stats Wednesday.

“I don’t even pay attention to the steals, to be honest,” Stevens said. “That means nothing. All it means, I said this before the game, is we’re in good position. When we start gambling and taking ourselves out of position, it’s not worth it. … But we started the game in the right position getting steals, and those are worth it.”

— Speaking of gambling… The always colorful Evan Turner wins “quote of the night” for his response to a reporter informing him the Celtics are closing in on the Eastern Conference’s No. 3 seed:

— The current East standings look pretty good for the Celtics, though. After their fourth straight win Wednesday, the 26-21 Celtics are a half-game back of the Chicago Bulls for the No. 4 spot and just 1.5 games back of the Atlanta Hawks for the No. 3 seed.

— Marcus Smart was honored to be named to the NBA’s Rising Stars Challenge. But during a season in which he’s already missed 25 of the team’s 47 games, another word also came to mind for the second-year guard.

“Actually, I was surprised,” Smart said. “I felt I missed just as many games as I did this year, last year. And I didn’t get chosen last year, so I figured the same thing was going to happen this year.”

Sharon Osbourne Has Sexual Dream About Shaquille O’Neal, Tweets About It 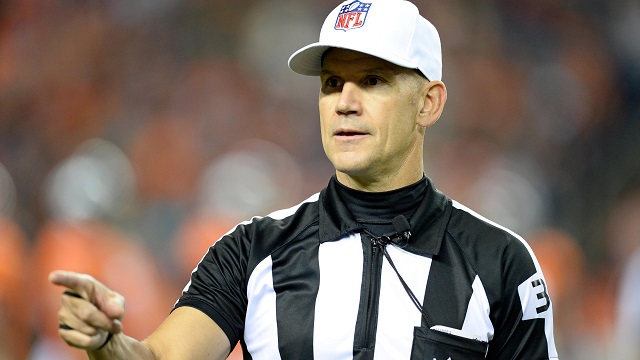