Isaiah Thomas is used to getting looked over. That’s what happens you’re 5-foot-9 with aspirations of NBA stardom.

But the Boston Celtics guard has plenty of fight in him, and that tenacity came out once again in what he regards as his latest slight.

As voting for the 2016 NBA All-Star Game ended Monday, Thomas boasted an impressive stat line: 21.8 points per game, 6.6 assists per game and a player efficiency rating of 22.13, good for fifth among all NBA point guards.

Yet the 26-year-old appears to be a long shot for his first-ever All-Star appearance, as the latest vote tallied Thursday had him ninth among Eastern Conference guards, behind the likes of Jeremy Lin and the oft-injured Derrick Rose.

Judging by Thomas’ comments on the subject after Monday’s loss to the Dallas Mavericks, it’s clear he believes All-Star voting is not a fair fight.

Isaiah Thomas doesn't pay much attention to All-Star voting: "No disrespect but guys like Jeremy Lin get a lot of votes."

Isaiah Thomas on whether he should make the All-Star team: "I think I should. But I?ve been gypped all my life."

Isaiah Thomas on All-Star: ?Put my numbers up against anybody in the NBA and they?re right there. It?s only questionable because I?m 5-9."

The league will reveal both All-Star rosters on Thursday, Jan. 21. If Thomas doesn’t make the cut, at least he’ll know his fellow NBAers have his back. Former Celtics guard Jason Terry even took to the keyboard last week to make a case for Thomas being an All-Star.

Isaiah Thomas said Paul George, Derrick Rose and George Hill are among the guys who have told him he should make the All-Star team.

Let’s hit a few other notes from Celtics-Mavs:

— The difference in this one was the long ball.

The Mavericks victimized the Celtics with strong ball movement that led to open looks from 3-point range, and that paid off to the tune of 16 3-pointers, which is the most Boston has allowed to an opponent this season.

“They made good plays,” Stevens said. “They moved us. They had us scrambling, and those guys made big shots.”

The second-year guard, who hails from the Dallas suburb of Flower Mound, put on a show for family and friends in attendance at American Airlines Center, tallying 20 points on 8 of 13 shooting while grabbing eight rebounds.

The only other time he’s topped 20 points this season? That’d be a 26-point outburst against the Thunder in Oklahoma City, about an hour from where he played his college ball at Oklahoma State.

“He’s had good games in these buildings,” head coach Brad Stevens said of Smart in a postgame interview aired on CSN New England. “So, obviously, I don’t think he’s a guy that’s affected in a negative way by playing near home.”

— Celtics legend Tommy Heinsohn created a bit of a stir by claiming C’s forward Kelly Olynyk could be just as good, if not better, than Mavericks All-Star Dirk Nowitzki.

Mavs owner Mark Cuban was asked about Heinsohn’s comparison before the game and unsurprisingly had a strong opinion.

Mark Cuban on Tommy Heinsohn's claim that Kelly Olynyk's ceiling is to be better than Dirk: "He's talking hairstyles, right?"

— Nowitzki also was asked to respond to Heinsohn’s remarks after the game and basically shut the Celtics broadcaster down in the nicest way possible.

“Yeah, I mean, I like the kid. I’m just not sure about all that,” Nowitzki said of Olynyk, via ESPN.com. “But I really do like him. He’s a good shooter. He’s improved from year to year, so I do wish him the best. He can be a really good player, but I don’t know if his ceiling is all the way up there.”

— Monday, of course, was Martin Luther King, Jr. Day, and a few Celtics took to social media to express their gratitude for the civil rights activist.

Thank You Dr.King For All You Did #Inspired #HappyBirthday #MLKDay https://t.co/km6FXVFd8d 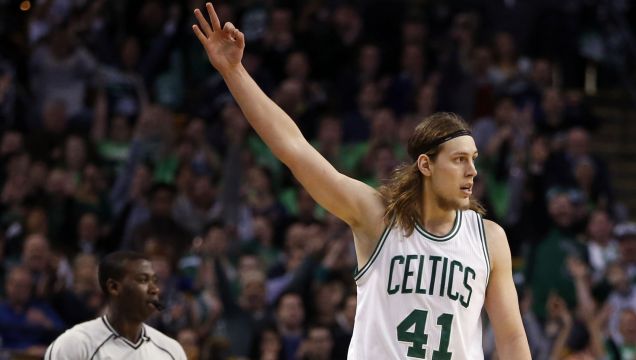 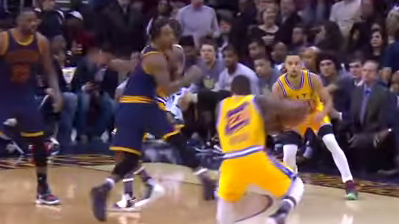