Not even a new head coach could cure the Boston Celtics’ scoring woes Thursday night.

With assistant coach Jay Larranaga assuming head coaching duties while Brad Stevens attended a personal matter, the Celtics shot just 36 percent from the floor in a 101-92 loss to the Chicago Bulls at United Center on national television. Boston opened up an early lead but saw that crumble with its offensive struggles, as the Bulls outscored the Celtics 53-36 during the second and third quarters combined.

The C’s had seven players in double figures despite lacking a 20-point scorer, with Jae Crowder’s 17 points leading the way. Jared Sullinger added a double-double with 13 points and 11 rebounds, while Isaiah Thomas scored 14 points but shot just 5 for 17 from the floor.

Jimmy Butler led an extremely balanced Chicago attack with 19 points and 10 assists. The Bulls now have won six in a row, while Boston has lost four of its last five.

STICKING TO THE SCRIPT
Starting fast once again wasn’t an issue for Boston.

The Celtics jumped out to a six-point lead after one quarter thanks to strong play from Olynyk (10 points on 3 of 4 shooting), Crowder and Sullinger (seven points apiece). They capitalized on a few early Bulls turnovers and beat Chicago down the court to earn four early fast-break buckets:

Thursday marked the third consecutive game Boston has led after the first quarter.

STICKING TO THE SCRIPT, PART II
As they have several times this season, the C’s let their opponent back into the game with some sloppy play.

TAKING CHARGE
Things continued to go south for Boston in the third quarter.

The Bulls roared out with a 13-2 run to start the second half, as the Celtics missed several shots around the rim and lapsed defensively in the paint, allowing Pau Gasol and Taj Gibson to combine for 14 of Chicago’s 26 points.

Boston couldn’t find its stroke all quarter, managing just 16 points on 7 of 29 (22 percent) shooting and missing all six of its 3-point attempts.

BULLS ON PARADE
Butler has been doing it all for Chicago of late, but a team effort downed the Celtics on Thursday.

The Bulls relied on a balanced attack that saw six players score in double figures. Derrick Rose had an excellent night, scoring 18 points on 9 of 16 shooting while giving the national television audience a glimpse of his vintage quickness.

It wasn’t all 1-on-1 battles for Chicago, which took control of the game thanks to some excellent ball movement.

PLAY OF THE NIGHT
This was more luck than skill, but Turner’s first quarter assist to Johnson was pretty awesome.

UP NEXT
The Celtics get two days off before taking their road trip to Memphis, where they’ll take on the Grizzlies on Sunday night. Memphis owned a 19-18 record as of Thursday. Tipoff at FedExForum is scheduled for 6 p.m. ET. 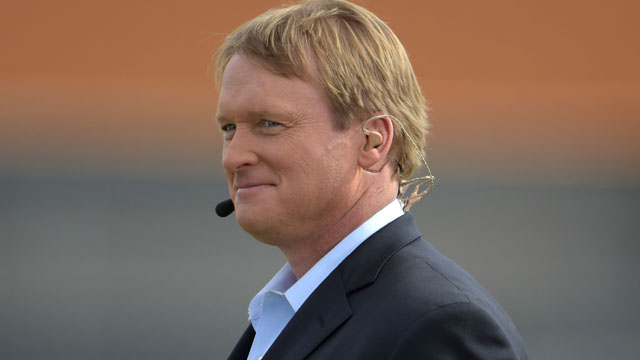 Report: Jon Gruden Interested In Leaving ESPN To Take Over As Eagles Coach 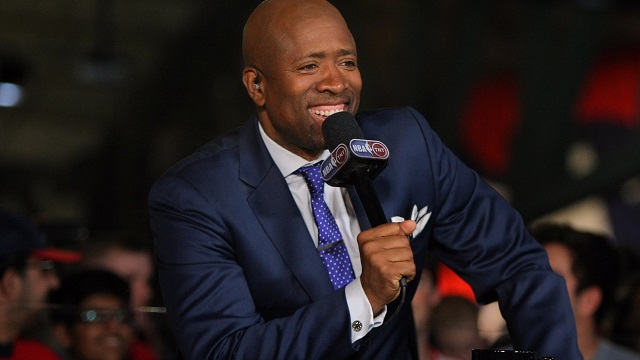