The Anaheim Ducks learned before their Tuesday matchup with the Boston Bruins that they will be without forward Shawn Horcoff until early March.

Horcoff was suspended 20 games for violating the terms of the NHL/NHLPA Performance Enhancing Substances Program, the team announced.

?(Tuesday) morning we were made aware of the situation regarding Shawn Horcoff,” Ducks general manager Bob Murray said in a statement. “The Anaheim Ducks organization fully supports the NHL/NHLPA Performance Enhancing Substances Program. We will also continue to support Shawn as a player and person throughout this process. We will have no further comment at this time.?

Horcoff released a statement of his own after his punishment came down, saying his positive test was the result of an innocent mistake but taking responsibility for his actions.

“While recovering from an injury I suffered this past fall,” he said, “I tried a treatment that I believed would help speed up the healing process. Although I was unaware that this treatment was not permitted under NHL rules, that is no excuse whatsoever. I should have done my research and I should have checked with the NHL/NHLPA Performance Enhancing Substances Program?s doctors. I accept full responsibility for my actions, and I am sorry.

“Throughout my entire career, I have felt genuinely blessed and honored to play the great game of hockey, and I regret the impact that this may have on my team and our fans. I look forward to the day I return to the ice for the playoff push.”

Horcoff is having the worst statistical season of his career, with just six goals and four assists in 45 games. The 37-year-old is in his first season with Anaheim after two with the Dallas Stars and 11 with the Edmonton Oilers. His best campaign came in 2005-06, when he racked up a career-high 73 points to help lead the Oilers to the Stanley Cup Final.

The Ducks visit the Bruins on Tuesday night in both teams’ final game before the NHL All-Star break. 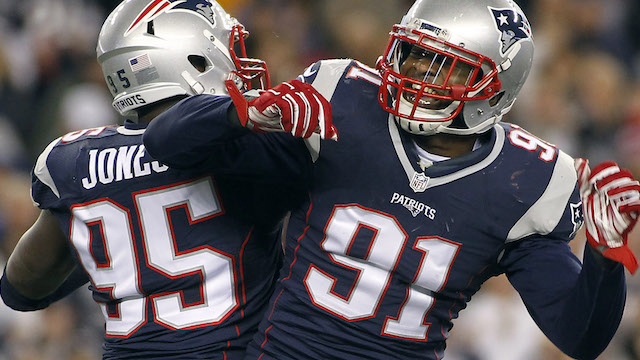 Patriots Pro Bowl Selections Continue To Back Out Because Of Injuries