Boston Bruins fan Liam Fitzgerald is an inspiration to everyone.

Liam rose to fame last season when a video of him fist-bumping Bruins players after they skated off the ice for warmup went viral. He also won the Leukemia & Lymphoma Society “Man of the Year” Award.

Unsurprisingly, Liam is at Friday’s NHL Winter Classic between the Bruins and rival Montreal Canadiens at Gillette Stadium.

Here’s a photo of him with Bruins owner Jeremy Jacobs.

And another pic with Bruins president and Hockey Hall of Famer Cam Neely. 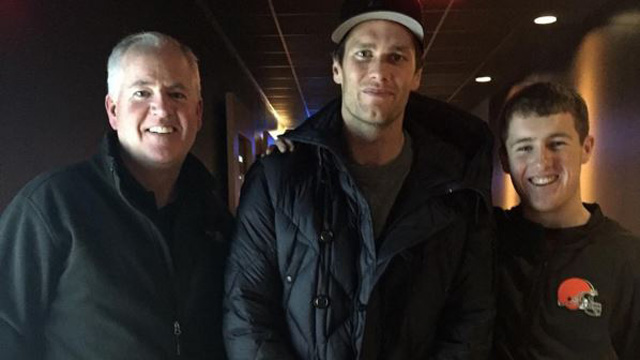