More details have emerged on Chandler Jones’ trip to Norwood Hospital on Sunday morning, and some of them are quite bizarre.

The Boston Globe’s Astead Wesley acquired an incident report from the Foxboro Police dated Jan. 10 and an officer’s report from Jan. 13 detailing the incident.

Foxboro Police say Jones arrived at the police station shirtless and appeared to be “actively worshipping or praying” at the back door. Jones told police officers he had “been told” to come to the police station and was “polite, cooperative and respectful.”

Jones remembered he left his keys at his house, so an officer went to retrieve them. While in the house, the officer smelled burnt marijuana.

Check out the documents released by the Foxboro police, via The Boston Globe’s Hilary Sargent. 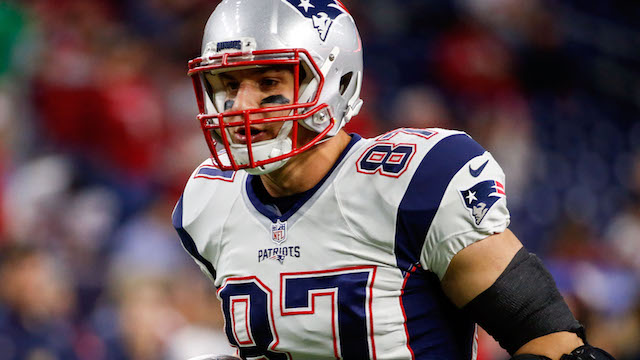 Report: Rob Gronkowski Should Play In Playoffs Despite Knee Injury