CARSON, Calif. — Jermaine Jones wants to return home to play in Germany, or he wants to sign an acceptable contract offer from a Major League Soccer club.

He says it’s tough to do either because of a six-game suspension that has put his career in limbo.

The U.S. national team midfielder voiced his frustration and anger over his predicament Thursday before training with his American teammates.

Jones, 34, is out of contract after spending the last 1 1/2 seasons with the New England Revolution. Jones said he has offers in Germany and other countries, but they are complicated by his pending six-game MLS suspension for touching referee Matt Geiger late in a playoff game last October.

FIFA regulations require suspensions to be applied across leagues, and MLS Commissioner Don Garber already rejected Jones’ appeal of the ban in December. If Jones signs with a Bundesliga team, he would have to miss six games in Germany, where he said clubs are wary of acquiring him because their regular seasons are already half-over.

“If you have a player with six games suspended, it’s tough to bring him in,” Jones said. “Then you have (only) maybe 10 games (left). It’s not easy for all the other teams, and then I feel like it’s unfair that you close a window for a player who did a lot for this country and for this sport here.”

Jones also would be willing to stay in MLS, but he said his latest contract offer is “a joke.” Last month, Jones said the Revolution offered him “less than 20 percent” of his salary last season, when he reportedly made more than $3 million for just 19 appearances while struggling with hernias.

“If they don’t value my level here in the United States, then I want to go back to Europe where the people respect that and offer me a good contract,” said Jones, who lives with his family in Encino, California. “That makes me mad, especially to hang around now here and don’t really know what you want to do. … It’s tough for a guy like me who wants to play.

“I want to be fit for the Copa America when it (begins on June 3), and right now it’s MLS who really put stones in the way,” Jones said. “That makes me a little frustrated. I told everybody, ‘If you bring me the correct contract, I’ll be open to stay in MLS. But if not, I don’t want to stay here.'”

Jones has made 56 appearances for the U.S. national team since 2010, appearing in the 2014 World Cup. He is a favorite of Klinsmann, who values his German training and steady defense. 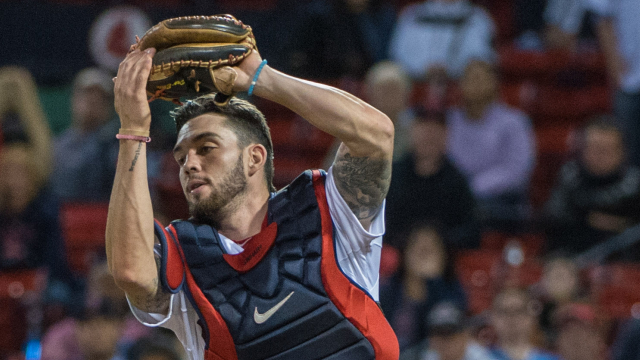