The wait is over. The New England Patriots’ postseason opener has finally arrived.

It’s been seven eventful days since the Patriots found out last Saturday night that they were playing the Kansas City Chiefs. Bill Belichick has a black eye, Chandler Jones was found shirtless at the Foxboro Police Station and Rob Gronkowski reportedly is a lot more banged up coming into the playoffs than most expected.

So, how will the Patriots fare against the Chiefs two weeks after New England finished the regular season 2-4? We’ll find out Saturday, but here are the Patriots’ keys to victory:

JULIAN EDELMAN’S HEALTH
There’s a lot of pressure on Edelman this week, and it’s not exactly undue. The shifty Patriots “Z” receiver is expected to turn around the offense — and he just might. If he can, the Patriots could trounce the Chiefs, since it will be difficult for their offense to keep up.

It certainly hurts that Gronkowski reportedly will be less than 100 percent for the playoff opener. He still could be an effective decoy, however, if he’s not fully up to speed with knee and back injuries. Even a hobbled Gronkowski will still draw attention from top Chiefs pass defenders.

PREVENT BIG PLAYS
Jeremy Maclin appeared to suffer a torn ACL in the Chiefs’ wild-card round win over the Houston Texans, but it was announced as an ankle injury the next day. It remains to be seen if Maclin will play, but even if he does, one would assume he won’t be at 100 percent.

That means the Patriots will have to worry about tight end Travis Kelce plus the little receiver (Albert Wilson), the one who likes Star Wars (Chris Conley), 32-year-old Jason Avant and some guy who didn’t catch a pass this season (Frankie Hammond). That’s not exactly a murderers’ row of wideouts, but there’s still a chance the Patriots’ secondary could give up a big play. And if the Patriots’ offense isn’t able to whip itself into shape, their defense has to be as disciplined as possible. Big plays lead to quick scores.

Don’t be surprised if the Patriots game-plan to take away Kelce. They’ve been fantastic against tight ends all season, and that shouldn’t change Saturday. Cornerbacks Malcolm Butler and Logan Ryan should be able to take away the Chiefs’ wideouts with help from free safeties Devin McCourty and Duron Harmon, but watch out for Conley. He has the size and speed to beat Ryan or Butler for a long gain.

It’s difficult to force mistakes out of Chiefs quarterback Alex Smith, so the Patriots’ Tom Brady also has to stay away from unnecessary risks — like throws downfield. The Patriots’ defenders must try to force fumbles out of Smith and the Chiefs’ running backs. Fortunately for the Patriots, linebacker Jamie Collins led the NFL with five forced fumbles this season. 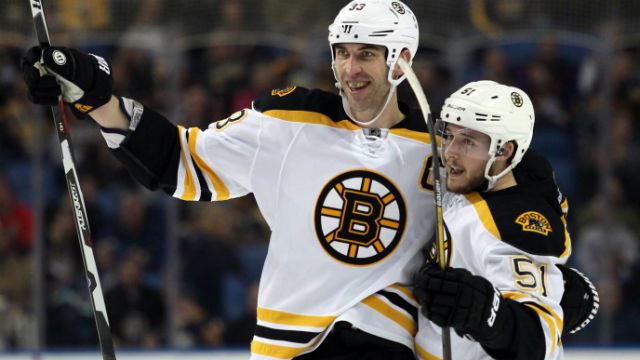