Liverpool has dispensed the old and retained the new, as far as meetings with West Ham are concerned. That’s no good thing.

West Ham inflicted a 2-0 Premier League defeat on Liverpool on Saturday at The Boleyn Ground. Michael Antonio and Andy Carroll scored 10 minutes into each half to give the Hammers a deserved victory. The Hammers’ win over the Reds was their second of 2015-16 and third in their last four meetings.

FULL-TIME: The Reds suffer defeat against West Ham in their opening fixture of 2016 #LFC pic.twitter.com/mhbPwRJufI

Liverpool ended 2015 with back-to-back wins, but the new year begins on a sour note. West Ham vaults above Liverpool into fifth place in the standings. Liverpool sits eighth at the time of the final whistle with 30 points after 18 games.

What happened?
West Ham knocked the Reds down with an early goal and held them there.

Slaven Bilic’s West Ham side started 2016 with the zest one would expect in the first game of a calendar year. The hosts took the lead after 10 minutes thanks to Michail Antonio’s hard work without the ball. Antonio first dispossessed Alberto Moreno deep inside his own half. Antonio then sprinted forward and arrived into Liverpool’s penalty area at the right moment to head home Cheikhou Kouyate’s cross.

2 – Michail Antonio has scored in consecutive league appearances for the first time since November 2014. Nod.

Antonio’s goal confirmed West Ham’s intent, and the hosts came for more. Manuel Lanzini nearly doubled their lead in the 17th minute, but his swerving shot hit the post.

West Ham’s early momentum was proving too much for Liverpool, which failed to threaten until Emre Can hit the crossbar two minutes into first-half stoppage time.

Liverpool was dominant in possession but created next to nothing against West Ham’s deep-lying defense in the first half. The second period opened in a similar fashion. Then Carroll stepped forward to haunt the club from which he left West Ham — first on loan in 2012 before making a permanent transfer a year later.

Once again, West Ham scored after 10 minutes. Mark Noble had plenty of time and space to curl a pass into Liverpool’s penalty area. Carroll rose above teammate Enner Valencia and Liverpool’s Nathaniel Clyne to thump his header in.

More than half (19/37) of Andy Carroll's #BPL goals have been headers.

Carroll came close to putting the Reds down by three in the 69th minute. He headed Aaron Cresswell’s cross on goal, but Simon Mignolet batted it away and denied Antonio’s follow-up effort.

Liverpool attempted a surge back into the contest with around 10 minutes remaining. First, Noble cleared Lucas’ header off the line. Philippe Coutinho then tried to shoot through a thicket of bodies in West Ham’s penalty area. Finally, Christian Benteke’s header appeared to deflect off a West Ham player’s arm, but the referee declined the Belgian’s appeal for a penalty.

A goal might have done the Reds some good, but their overall performance failed to warrant a better result or point in the standings.

Why the outcome?
West Ham outmuscled and outworked Liverpool from start to finish. The Hammers’ work rate and collective belief outweighed Liverpool’s perceived advantage in quality.

Liverpool was ineffective going forward and failed to trouble West Ham’s defense. James Collins marshaled the Hammers’ back line, clearing away Liverpool’s deliveries into the box and outdueling Benteke when called upon.

Telling statistics
West Ham’s win over Liverpool on Aug. 29 was its first league triumph at Anfield since 1963. Saturday’s victory sealed the Hammers’ first double against the Reds in over half a century.

West Ham has completed the league double over Liverpool for the first time in the #BPL era (agg. 5-0).

Up next
Liverpool visits Stoke City on Tuesday at The Britannia Stadium in the first of a two-leg Capital One Cup semifinal. 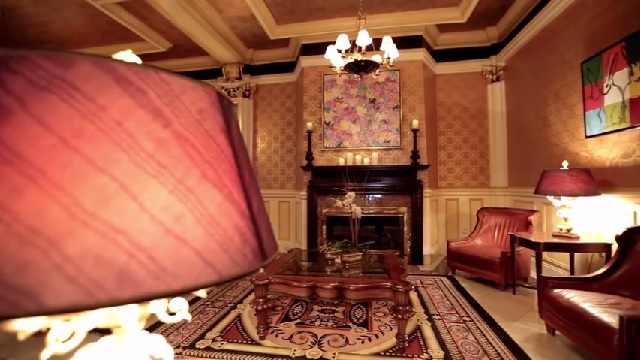