The best way to stop Joey Bosa is to get him off the field, and Notre Dame managed to do just that Friday.

Less than 10 minutes into the first quarter of Ohio State’s Fiesta Bowl matchup against the Fighting Irish, Bosa delivered a hard hit on Notre Dame quarterback DeShone Kizer and was given a 15-yard penalty for targeting.

Upon review, the officials ejected Bosa after determining he led with the crown of his helmet, thus ending the star defensive end’s college football career. Many believe he could be the No. 1 overall pick in this year’s NFL draft.

That wasn’t the last the college football world would hear from Bosa, however. Shortly after his ejection, the 21-year-old tweeted an apology to Buckeyes fans while the game still ongoing.

Bosa apparently had a pretty good view of the game, too, as he sent out another tweet after Ohio State running back Ezekiel Elliott broke free for a 47-yard touchdown run in the Buckeyes’ eventual 44-28 win. 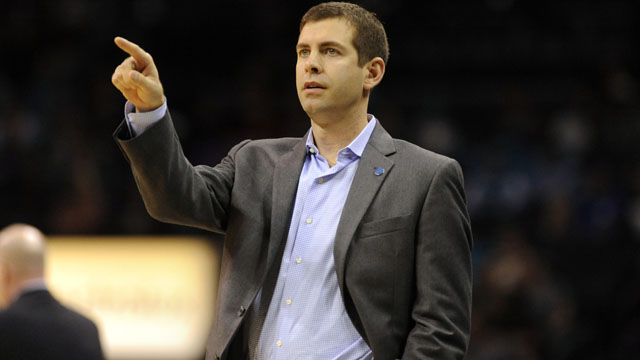 Brad Stevens: Celtics Could Play An Outdoor NBA Game In Near Future