FOXBORO, Mass. — Experience matters in the NFL playoffs, make no mistake about it.

It’s not everything, though, and not a prerequisite for winning. Preparation and execution often are more important in the outcome of games.

One of the best examples of execution and preparation being as, or more important than experience is Malcolm Butler’s Super Bowl-winning interception last season.

Butler, who had zero playoff experience before last season, ran that play in practice multiple times during the week leading up to the Super Bowl, and that preparation gave him the knowledge of how to attack the route.

“You may not have any experience — Malcolm Butler didn?t have any experience in a Super Bowl last year and won the game for our team. Whoever is called upon has to go out and make the play at that particular moment, and if you make great plays, you?ve got a great chance of advancing. If you don?t, you?ll be watching (the Super Bowl) from home.”

Experience probably won’t play much of a factor in Sunday’s AFC Championship Game matchup between the Patriots and Denver Broncos.

Brady and Broncos quarterback Peyton Manning each have played in more than 20 playoff games and own at least one Super Bowl ring. Many of the players on both teams have recent Super Bowl experience, too (Broncos in 2013, Patriots in 2014).

Coaching might be a different story, though. Patriots head coach Bill Belichick has four Super Bowl titles in six appearances. Broncos head coach Gary Kubiak is 3-2 all-time in the postseason and will coach in his first conference championship game Sunday. 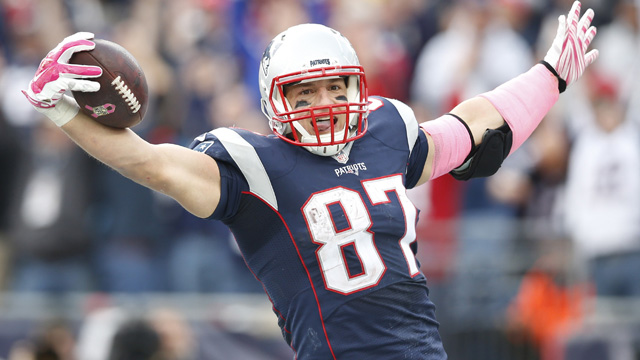 Rob Gronkowski On NSFW Tweet Directed At Broncos: ‘Just All Fun And Games’