The New England Patriots were forced to flip a switch 15 months ago after a tough stretch to begin the 2014 season culminated with an embarrassing loss in front of a national audience. The Patriots lost 41-14 to the Kansas City Chiefs on “Monday Night Football,” then rattled off 13 wins in 15 games, finishing with a Super Bowl XLIX victory.

New England is hoping to avenge that loss to Kansas City on Saturday at 4:35 p.m. ET in the divisional round of the playoffs, as it must pull another 180 at Gillette Stadium. The Chiefs beat the Houston Texans 30-0 in the early game Saturday, while the Pittsburgh Steelers beat the Cincinnati Bengals. The Steelers will play the Denver Broncos next Sunday.

The Patriots finished the season 2-4 after beginning 10-0. Injuries to key players such as wide receiver Julian Edelman, linebacker Dont’a Hightower and left tackle Sebastian Vollmer made the end of the season a grind for the Patriots, but they should head into the playoffs rejuvenated and well-rested after a first-round bye.

Let’s see how the Patriots and Chiefs match up:

WHEN THE PATRIOTS PASS
Patriots: 287 yards per game (fifth in the NFL)
Chiefs: 231 yards allowed per game (ninth)
Those Patriots numbers, of course, include the final seven weeks of the season, when they were without Edelman and struggled to move the ball through the air. Edelman is expected to be back against the Chiefs and could have room to work over the middle of the field against cornerbacks Marcus Peters and Sean Smith, who are more dangerous on deeper passes. Quarterback Tom Brady does need to worry about All-Pro safety Eric Berry, however, who had an incredible season returning from cancer.

The Chiefs are tough against the pass, and having pass rushers Tamba Hali and Justin Houston back another week healthier can only help, but the Patriots are even more dangerous with a full array of weapons. It might not matter how quickly Hali and Houston can get after Brady if he’s releasing the ball two seconds after the snap. The Patriots’ offensive line has struggled to protect Brady in recent weeks without Edelman in the offense.

The Patriots must move the ball through the air, and it wouldn’t be surprising to see them give up on trying to run the ball if they don’t get off to a quick lead.

WHEN THE CHIEFS PASS
Patriots: 241 yards allowed per game (17th)
Chiefs: 203 yards per game (30th)
The Chiefs don’t take many risks downfield, so the Patriots should be able to clog the shallow part of the field, trying to force turnovers out of quarterback Alex Smith, who has four interceptions in his last three games.

The Patriots should have a clear advantage here if they’re able to rebound with full health. They have missed safeties Devin McCourty and Patrick Chung, linebacker Dont’a Hightower and defensive end Chandler Jones in recent weeks. With full strength, the Patriots can get after the passer, cover downfield and force turnovers.

WHEN THE CHIEFS RUN
Patriots: 98.8 yards allowed per game (ninth)
Chiefs: 127.8 yards per game (sixth)
The Chiefs lost running back Jamaal Charles in Week 5, but it hasn’t mattered much with an offensive line that has opened plenty of room for Spencer Ware and Charcandrick West.

The Patriots’ run defense is difficult to budge with Hightower in the lineup, however. Expect the Patriots to load up at the line of scrimmage and force Smith to beat them through the air, likely without No. 1 receiver Jeremy Maclin, who suffered a knee injury Saturday. 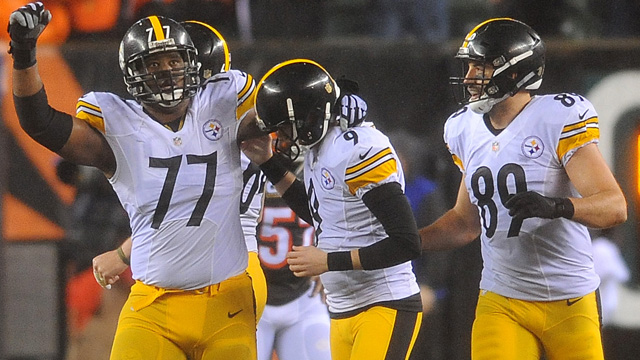 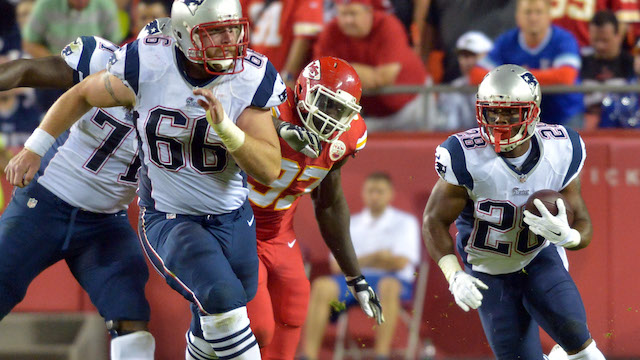