New England Patriots defensive end Chandler Jones was “rushed” to Norwood Hospital on Sunday morning after visiting the Foxboro Police Department with a medical emergency, according to police dispatch records obtained by the Boston Herald.

Jones showed up at 7:42 a.m. with a medical emergency and was seen by fire and EMS officials before being sent to the hospital, the Herald reported.

Police officials declined to tell the newspaper what Jones’ emergency was, and police chief Edward T. O’Leary “confirmed information was deleted from dispatch records before they were released to the Herald.”

That’s not uncommon, according to O’Leary.

?It?s protected information on a medical condition,? he told the Herald. ?Officers get training in making sure it?s information that?s not to be disclosed. I trust my lieutenant to know the difference.?

O’Leary also told the Herald he had only ever seen Jones on TV, though the record obtained by the newspaper noted the player was being evaluated in a “back parking lot” of the police station while five officers were present Sunday morning.

Another officer was dispatched to Jones’ home, which is very close to the police station, after his arrival to “secure the residence,” according to the dispatch report.

O’Leary denied knowing what Jones’ emergency was or why an officer was dispatched to the player’s home.

“I have no idea,? O’Leary told the Herald. ?I didn?t talk to the officer. I don?t know whether there was no one else at the home or whether he was asked. I don?t know.?

O’Leary added that police reports aren’t filed for medical calls “unless someone’s dead,” according to the Herald.

Jones was present at practice Monday and Tuesday, despite missing the Patriots’ regular-season finale in Miami against the Dolphins with a toe injury.

“Chandler Jones was admitted to the hospital on Sunday and released that day,” the Patriots told the Herald in a statement. “He reported to work on time Monday morning and has participated in all meetings and practices since then.?

UPDATE (12:42 a.m. ET): Heavy.com obtained police and fire dispatch audio of the morning of Jones’ emergency, and the Patriot is called a “confused party.” 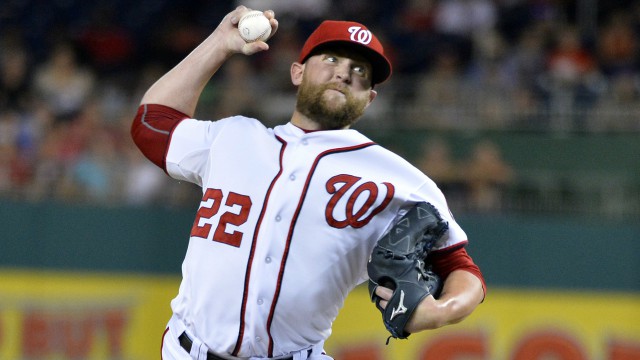 Was Drew Storen Literally Doing ‘Netflix And Chill’ When Nats Traded Him To Blue Jays?