The New England Patriots’ reporters don’t give out a “good guy” award to the player most helpful to the media, so I figured the New Year was a good time to recognize players who always hold themselves accountable with the press.

Safety Devin McCourty would be my choice if the Patriots gave out the “good guy” award. He’s available to talk after every game, and he’s always approachable in the locker room. Special teams captain Matthew Slater also deserves tons of credit for standing in the MetLife Stadium visitors locker room and answering every single question about last week’s coin toss controversy. Slater seems to hold none of the animosity some players have for the media, and he, like McCourty, is always available to talk.

Quarterback Tom Brady has been slightly shorter with the media this season after the Deflategate controversy, which is fine. I’m certainly not criticizing him for it after what he withstood during a 30-minute news conference in the week after the AFC Championship Game. Head coach Bill Belichick, in turn, seems to have softened a little this year, which is appreciated.

@DougKyed hey Doug, think we see a heavy Steven Jackson game on Sunday? He looked moderately fresh on Sunday.
— @EricJsaint
I think Jackson certainly will take on a bigger role than he did in Week 16, and if the game turns into a blowout, I could see him earn a much heavier workload.

The Patriots need Jackson to prove he can be their workhorse “big back” before the playoffs, so they can figure out what to do with Brandon Bolden, whose best role is as a reserve running back and core special-teamer.

I thought Jackson looked pretty solid in his season debut, and it became obvious the Patriots were impressed when they cut rookie running back Joey Iosefa this week.

After the 2016 season, Jaime Collins, Dante Hightower, Chandler Jones are all free agents. If you have to keep only 2 who would you keep??
— Theresa, Watertown, Mass.
I think Collins and Hightower are the guys to keep for a number of reasons, though all three players are extremely valuable to the Patriots.

Let’s go through the reasons:

1. Linebackers are considerably cheaper than pass rushers. NFL teams love stats, and there’s nothing sexier than sacks. Jones’ 12.5 sacks are a quantifiable reason for a team to overpay for the defensive end.

4. The Patriots have more depth at defensive end after selecting Geneo Grissom and Trey Flowers in the 2015 NFL Draft. They also have Rob Ninkovich and Jabaal Sheard, both of whom will be free agents in 2017, at defensive end. The Patriots have largely ignored adding young depth at linebacker behind Hightower and Collins. It would be smart for the Patriots to extend Sheard after an under-the-radar fantastic 2015 season.

Collins and Hightower are players the Patriots can build around, because linebackers can offer so much to a defense. Their ability to move around and cause havoc in different roles is invaluable to the Patriots’ defensive success this season and in the future.

@DougKyed how are the pats going to address the wr core next year
— @Minxi501
The easiest solution is to ask Danny Amendola to re-do his contact again and bring back Julian Edelman, Brandon LaFell and Amendola as the top three receivers. I think the Patriots could get by with that grouping. They also have Aaron Dobson and Chris Harper under contract. They could try to bring back Keshawn Martin, as well.

I think the Patriots have to address the position through the draft or free agency, as well, though.

It’s doubtful the Bengals will bring back both Sanu (a Rutgers product) and Jones. Either one of those big receivers would be a great fit for the Patriots. If either one is signed, there’s a chance Amendola or LaFell don’t return.

@DougKyed Who are the parents of Rey ?
— @max_leon1
Gotta think she’s either a Skywalker or Brady, right?

@DougKyed favorite podcasts?
— @MNDer84
Bill Simmons, Cheap Heat, Doug Loves Movies, Comedy Bang Bang and U Talkin’ U2 2 Me (even though I don’t like U2).

@DougKyed Do you travel with the team? Like on the same plane, or are you guys on your own?
— @TheDTSB
We’re out there flying commercial like Regular Joes.

@DougKyed -(of those still standing) What’s the best starting O-Line & are they good enough to get the Pats to SB50 when JE11 & DA80 return?
— @LukeTansley2
That’s a great question. I think it’s LT Sebastian Vollmer, LG Josh Kline, C David Andrews, RG Bryan Stork and RT Marcus Cannon. I don’t think the Patriots will bench Shaq Mason and Tre’ Jackson, though, which likely leaves Andrews out.

And yes, they are good enough to get to the Super Bowl once Edelman is back. It’s not a coincidence that Patriots fans began to notice their offensive line had issues once Edelman went down.

@DougKyed how much of a role will James White have next year after the way hes stepped up during injuries
— @Patsnews2016
Bigger than the one he had to begin the season, but not as big as it is now, since Dion Lewis will be back. White proves he deserves reps, but he’s not as versatile as Lewis.

@DougKyed hottest track, album, TV show, and movie of 2015.
— @choreking
Track: Bruce Springsteen – “Chain Lighting” (This is a total copout because it’s an outtake, but I’m horrible at listening to new music, and this song is fantastic.) Special shoutout to One Direction’s “Drag Me Down” for some stellar call and response vocals too.
Album: Turnstile – “Nonstop Feeling”
TV Show: “Better Call Saul”
Movie: “Star Wars: The Force Awakens”

I think Brock Lesnar wins. If not him, John Cena. I wish it was going to be Finn Balor, though. 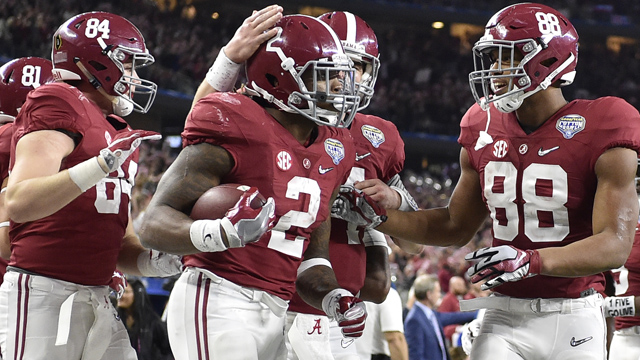 No. 2 Alabama Demolishes No. 3 Michigan State In Cotton Bowl (Videos) 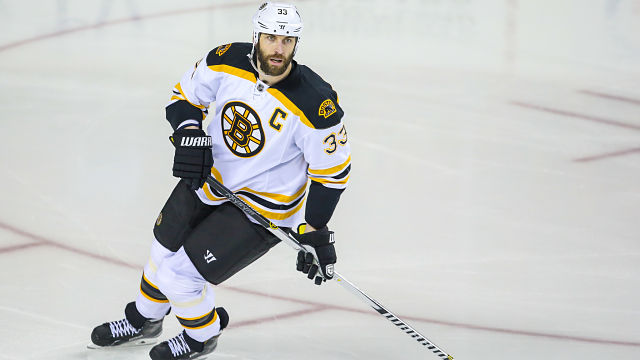