Patriots' Malcom Brown Not Hitting Rookie Wall Because Of Love Of Football - NESN.com Skip to content

FOXBORO, Mass. — Malcom Brown is one of just 12 New England Patriots to suit up for all 16 games this season, and the rookie looks no worse for the wear.

Brown plowed right through the much-ballyhooed rookie wall and actually continued to improve, putting together an impressive three-game stretch to finish his first NFL season. So, how did he avoid smashing into that rookie wall?

“Love of the game,” Brown said. “I don’t say you hit a rookie wall. If it’s too much, you don’t really love the game. It’s something I love to do.”

Brown has seen his snaps continue to increase throughout the season. He was on the field for a career high 55 defensive plays in Week 17 against the Miami Dolphins, when he helped hold their running backs to just 2.5 yards per carry.

Brown fell to the Patriots at No. 32 overall and has helped replace veteran defensive tackle Vince Wilfork, who left in free agency for the Houston Texans. That Brown played over 70 percent of the Patriots’ snaps in Week 17 shows they view him as more than just a one-dimensional run-stuffer. One of his biggest improvements over the course of the season came as a pass rusher. 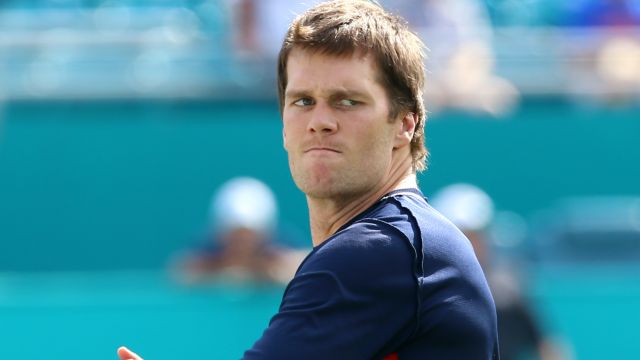 Tom Brady Aware Of Own Intensity: ‘I’m Not The Easiest Guy To Play With’