The Rose Bowl started off with a bang thanks to Heisman Trophy finalist and Stanford running back Christian McCaffrey’s electrifying 75-yard touchdown catch. But the rout was on by halftime, as the Cardinal had built a 35-point lead over the Iowa Hawkeyes — much to Carly Fiorina’s dismay.

Things only got worse for Hawkeyes fans during the break, although this time Stanford’s band was causing the pain instead of the team.

Stanford’s band mocked Iowa with a frowning farmer, a cow and some not-to-subtle digs at FarmersOnly.com.

The Stanford band is making fun of https://t.co/WKXR4e3XyQ and brought a cow onto the field at @rosebowlgame – wow. pic.twitter.com/oATgxkBwme

I guess this is Stanford dissing farmers? Maybe? Hard to tell. pic.twitter.com/Cm2Mb9Grt3

Needless to say, Iowa fans weren’t pleased. Apparently ESPN wasn’t either because it cut away from the halftime show.

Loud, loud boo's from Iowa fans upon the conclusion of the Farmers Only halftime show. pic.twitter.com/4Kckysi4Pj

The #Stanford band #FarmersOnly jab at Iowa is by far the most entertaining moment of the #RoseBowl thus far pic.twitter.com/DAamxeG36S 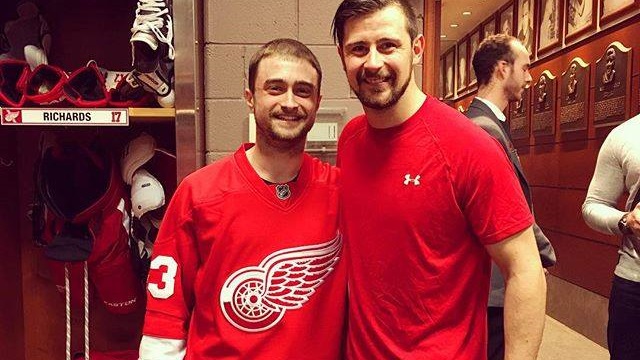 Daniel Radcliffe Hangs Out With Red Wings Players, Apparently Is A Fan (Photos)