NBA teams have just a few days left to make trades in hopes of bolstering their rosters for a run at the 2016 NBA Finals in June.

The rumor mill has been cranking nonstop for several weeks, and it seems like more quality players are available than normal.

Here are some likely buyers and sellers before Thursday’s 3 p.m. ET deadline.

As I outlined in another Cavs piece, Cleveland needs to bolster its outside shooting and find a big man who can stretch the floor and defend small-ball lineups used by the Golden State Warriors and San Antonio Spurs.

Cleveland has three trade exceptions and several expiring contracts to use as trade bait, or it could pursue a bolder move and deal superstar power forward Kevin Love, who hasn’t exactly been a great fit alongside LeBron James and Kyrie Irving.

The Celtics could be the second-best team in the East and make a trip to the conference finals by adding an impact player at the deadline. A big man would be the ideal fit in Boston’s pursuit of a superstar, one that would complement All-Star guard Isaiah Thomas and provide much-needed low-post scoring and rim protection.

Boston also could use a closer to take over late in games. Thomas has been inconsistent in this role since he was acquired before last season’s trade deadline.

The Celtics have plenty of great assets to dangle on the trade market, highlighted by a treasure chest of first-round draft picks, including a likely top-five selection in Brooklyn’s 2016 first-rounder.

This probably is the best Raptors team of all time and could make the conference finals for the first time in franchise history. Kyle Lowry has become an elite point guard, and shooting guard Demar DeRozan is having a tremendous season in a contract year. Toronto should go all-in to win this season, and it has a pair of 2016 first-round picks (its own and the New York Knicks’ less favorable selection) to use in potential trades.

The Thunder need another perimeter defender, someone who can shut down the elite scorers — think Steph Curry, Klay Thompson, Tony Parker, Kawhi Leonard, Chris Paul and more — OKC likely will face in the playoffs.

It would help if this swingman could also stretch the floor and hit outside shots, which would make it easier for Kevin Durant and Russell Westbrook to penetrate the defense and score at the rim. A player like Cavs forward Iman Shumpert would be a nice fit for OKC. He’s reportedly being shopped by Cleveland.

The Hawks are one of the better teams in the East, so why would they be sellers? Well, they have a few important players with expiring contracts and cannot afford to lose these guys in free agency without getting any assets in return.

The two most notable examples are power forward Al Horford — a franchise building block — and forward Kent Bazemore. If the Hawks get the sense either of these players won’t re-sign in July, they must trade them to re-tool on the fly.

Atlanta also could shop starting point guard Jeff Teague. He has another year left on his contract, but it’s probably time to turn the keys to the offense over to backup Dennis Schroeder.

Let’s be honest, Atlanta isn’t winning the East or the NBA Finals this season. There’s no point in hanging on to these guys and hoping for a deep playoff run.

Nuggets power forward and rebounding machine Kenneth Faried is available, per the New York Daily News. He’d be a huge upgrade to a contending team, and he’s signed for three more seasons below $14 million per year, which is pretty good for an impact player.

Sharpshooting small forward Danilo Gallinari probably is the best bet to be traded from Denver, though. He’s a good fit in small-ball lineups and is one of the best 3-point shooters in the league. Gallinari has an expiring contract, so it makes sense for Denver to move him.

Another Denver player with an expiring contract who could be traded is power forward J.J. Hickson. He’s also available, per the Daily News.

New Orleans Pelicans
Record, Place: 20-33, 12th in West
Needs: To get out of some bad contracts

The Pelicans were expectd to be among the league’s most improved teams, but they’ve instead been one of the most disappointing clubs.

New Orleans has done a poor job surrounding superstar center Anthony Davis with enough talent, and its goal for the trade deadline should be clearing bad contracts from the books. That list includes guard Tyreke Evans (signed through next season at a little more than $10 million per year) and center Omer Asik (signed through 2018-19 at about $10 million per season with a player option for 2019-20).

The Rockets have woefully underachieved after reaching the conference finals last season. They still have a good shot at making the playoffs, but what’s the point in staying pat or adding a player and getting destroyed in Round 1 by Golden State, San Antonio or OKC?

The Rockets need to take the best offer for center Dwight Howard and his expiring contract. He’s no longer an elite center and his maximum salary cap hit would be better used on a younger player. Veteran forward Trevor Ariza also would be a sought-after player if made available. Ariza has two more years on his contract at reasonable money and could provide athleticism, outside shooing and perimeter defense to a contender. 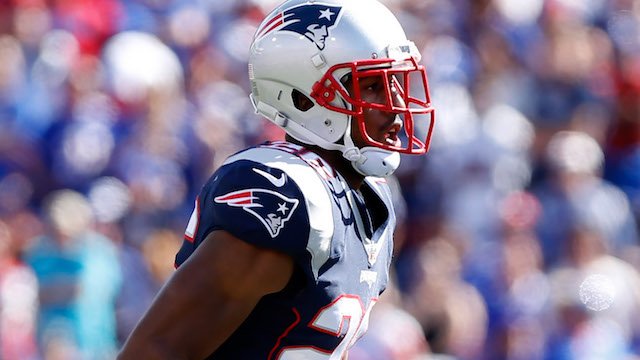