Cam Newton Doesn't Explain Why He Jumped From Fumble In Super Bowl 50 - NESN.com Skip to content

SAN FRANCISCO — Cam Newton’s toughness and resolve will not be questioned in the next 480 words.

The Carolina Panthers signal-caller led NFL quarterbacks with 132 rushing attempts this season, and it’s not exactly going out on a limb to say he wasn’t giving up in Super Bowl 50 when his team trailed the Denver Broncos 16-10 with four minutes left in the fourth quarter.

That being said, his decision to jump away from a fumble certainly raised some eyebrows.

So, since the Panthers already were facing third and 9, did Newton shy away from the football in order to pick it up out of the pile and extend the play, possibly getting a first down?

“No,” Newton told reporters after the game. The question was asked Sunday night while giving Newton the benefit of the doubt.

Herein lies the issue when athletes are uncommunicative with the media after a game. I’m not going to bash the Panthers QB for being sullen after losing a Super Bowl, nor should I since I don’t have the face the man on a daily basis and potentially feel the repercussions of my statements. But if Newton had explained his mindset on that play after the game, Monday’s talking heads would at least have some context when delivering their fiery takes on Newton’s game, in which he went 18 of 41 for 265 yards with an interception and six rushing attempts for 45 yards.

So, what exactly happened on that play?

Worst-case scenario: Newton didn’t want to get drilled and wind up on the bottom of a pile when it already appeared Broncos defensive end DeMarcus Ware would wind up with the football, so the QB jumped away. Another possibility: Newton never intended to dive into the pile in the first place and instead was going to lean over to pick up the ball. When he saw Panthers center Ryan Kalil dive toward his knees, he changed course, having no desire to get knocked out of the game with a gruesome injury. Another possibility: He was trying to lean over to pick up the ball, realized that wasn’t a possibility when Ware got his hand on it, was going to adjust course and dive but by that time it was too late.

Another possibility: Uhh, I think I’m out.

Unless Newton decides to tweet about it first thing Monday morning, it will be too late for the Panthers quarterback to explain Monday. Hot-takers will have made up their mind on the play, and they’ll likely assume the worst about Newton’s intentions, correct or not.

Newton was understandably frustrated after the game, but it’s always worth taking the time to explain controversial plays, as Matthew Slater did after what initially appeared to be a botched coin toss after the New England Patriots lost to the New York Jets in December. Otherwise, many will assume the worst and run with it. 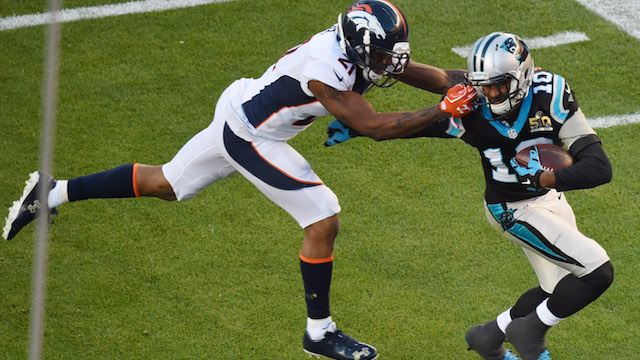 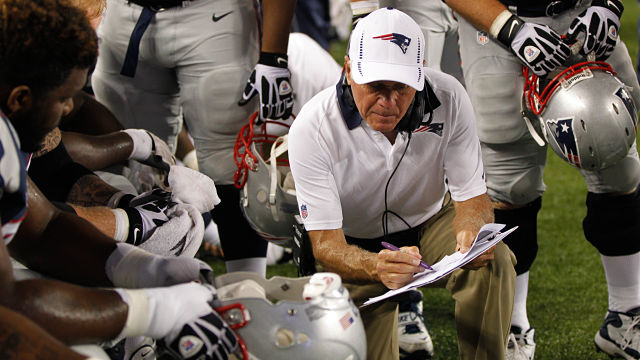 Report: Patriots In Talks With Dante Scarnecchia About Return To Coaching Staff