Jalen Ramsey solidified himself as the best defensive back in the 2016 NFL Draft on the final day of the NFL Scouting Combine.

Ramsey flashed his speed, explosion, agility and lateral quickness in a head-turning performance in front of NFL scouts. Check out Ramsey’s times and other combine winners from Monday’s session.

DB Jalen Ramsey, Florida State
Whether he’s a cornerback or a safety, Ramsey had an extremely successful combine performance. He ran a 4.41-second 40-yard dash at 6-foot-1, 209 pounds with a 41.5-inch vertical leap and 11-foot, 3-inch broad jump. He also ran a 6.94-second three-cone drill and a 4.18-second short shuttle.

Ramsey was far and away the most athletic defensive back at the combine.

CB James Bradberry, Samford
The small-school cornerback make the most of his time in the spotlight, running a 4.50-second 40-yard dash with a 1.54-second 10-yard split at 6-foot-1, 211 pounds. He likely could bring that time down into the 4.4s if he drops some weight before his pro day.

Safety Miles Killebrew, Southern Utah
The small-school safety managed just a 4.65-second 40-yard dash, but he also was among the heaviest defensive backs at the combine at 6-foot-2, 217 pounds. He recorded a 38-inch vertical, 10-foot, 7-inch broad jump, 6.93-second three-cone and 4.18-second short shuttle. His performance, other than the 40, was very similar to Ramsey’s. 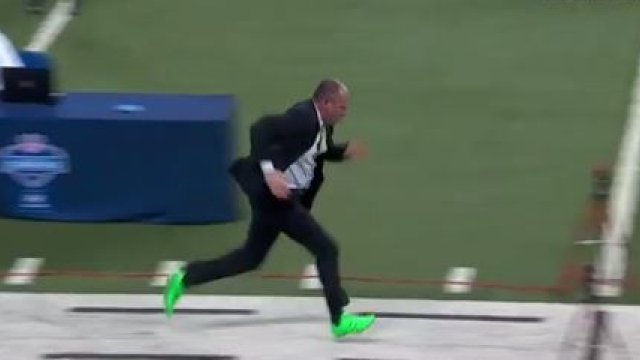 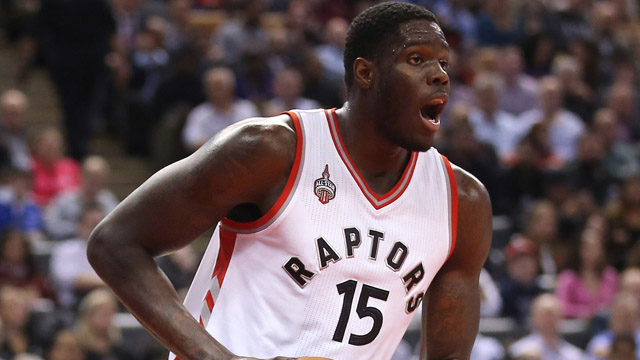 Report: Former No. 1 Pick Anthony Bennett Getting Waived By Raptors