Things are looking up for Andrew Luck.

Indianapolis Colts owner Jim Irsay spoke with local media Tuesday and had some good news to share about his franchise quarterback.

“He’s good to go. He’s healed,” Irsay said of Luck’s health, via WTTV’s Mike Chappell, which among other ailments included a lacerated kidney and reported shoulder and rib ailments. “He’s really looking forward to a great offseason and getting ready (for 2016). If we were playing in the Super Bowl, he’d be ready, let’s put it that way.”

In addition to the 26-year-old’s good health, Irsay thinks Luck and the team will come to an agreement on a contract extension.

“I think there’s a good chance we would get something done this offseason,” Irsay said. “Being this early, there’s no reason to think we have had major negotiations yet, but that’s going to be happening as this month gets later and March comes in.

“I don’t think there’s a debate on what he means to our franchise. I really see Andrew here, God willing, for a really long time.”

Don’t be surprised if Luck’s big pay day is for a potentially historic amount. Says Irsay, it will “be ringing the bell in terms of nine figures and those sort of things.”

Should it hit $100 million, the Colts QB would become the 13th current player in the NFL to ink a nine-figure contract. 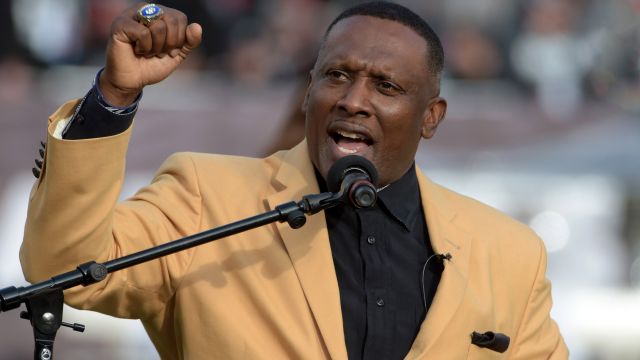