Hanley Ramirez has a tall task ahead of him in making a move to first base, but he’ll tackle it with some help from a four-time Gold Glove winner.

Boston Red Sox manager John Farrell said Monday that Ramirez undoubtedly will benefit from working with Dustin Pedroia, as the second baseman’s “loud, energetic” attitude will help Ramirez know where he needs to be on the right side of the infield.

“He reminds his first baseman of a lot of positioning or coverage-type reminders, and I think early on, as Hanley gets into a comfortable setting over there at first base, Pedey will be a huge help for him,” Farrell told reporters at JetBlue Park in Fort Myers, Fla. “He’s basically the captain of our infield.”

Though some might wonder whether Pedroia will get frustrated with Ramirez because of that vocal attitude, Farrell doesn’t see it being a problem. In fact, he pointed out that Pedroia already has been through this with Mike Napoli’s transition from catcher to first base.

“Pedey understands,” Farrell said. “He’s had Nap next to him when he transitioned (starting in 2013), so Pedey understands what players go through. And particularly when you change a position, there’s a whole new set of responsibilities.

“But we’re also taking a left-side infielder and moving him to the right side, so it’s not going to be, I wouldn’t suspect, as drastic a move as taking a guy from behind the plate and putting him at first base. But all in all, Pedey’s going to be to his right, and there’s, I think, some security in that for Hanley.”

Hear from Farrell in the video above. 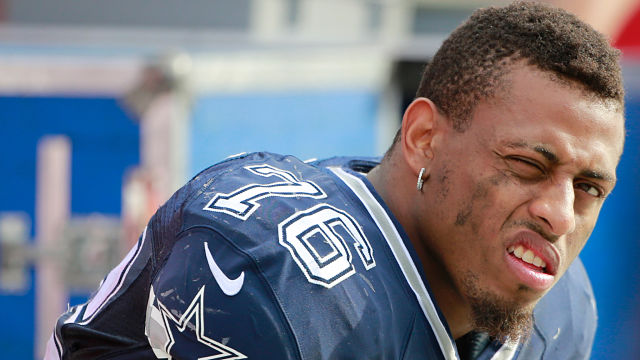 Report: Cowboys Plan To Move On From Greg Hardy After One Season