All of those possibilities were floated ahead of an NBA trade deadline that featured plenty of talk but little walk, as the majority of clubs opted to stand pat rather than pull the trigger on a blockbuster.

In that sense, the real winners of the deadline were the Golden State Warriors, whose spot atop the NBA throne remains as unthreatened as it was last week. One could argue the Warriors’ excellence this season played a role in the quiet deadline, with teams deciding to wait until next season to make their big move rather than gamble in an attempt to knock off what looks like an unbeatable team.

There was some movement during the NBA’s abbreviated post-All Star break week, though. Check out where everyone lands in our Week 17 NBA Power Rankings, which account for all games played through Sunday, Feb. 21.

1. Golden State Warriors (49-5): There aren’t many ways to beat the Warriors, but Damian Lillard found one Friday night by exploding for 51 points in a shocking blowout win. Last week: 1

2. San Antonio Spurs (47-9): Golden State wasn’t the only NBA giant to suffer a big loss, as the Kahwi Leonard-less Spurs lost to the Clippers by 19 on Thursday. Last week: 2

3. Cleveland Cavaliers (40-14): The Cavs are back in the No. 3 spot after running away with a 23-point win Sunday over the team they vaulted over, the Thunder. Last week: 4

6. Los Angeles Clippers (36-19): Is Jeff Green’s reunion with Doc Rivers in L.A. enough to get the Clippers over the hump? Judging by his five points and three turnovers Saturday in a loss the Warriors, we doubt it. Last week: 6

7. Boston Celtics (33-24): Danny Ainge and the Celtics opted to hang onto their arsenal of assets at the trade deadline. Seeing as how the Warriors have dominated the league this season, that’s probably a good call. Last week: 7

8. Memphis Grizzlies (31-22): The Grizzlies added another lightning rod in Lance Stephenson, but even if he pans out well, they’ll have a tough time taking down the beasts of the West. Last week: 11

10. Indiana Pacers (30-25): Monta Ellis’ late-game 3-pointer helped the Pacers earn an impressive win Friday over the Thunder in their first game back from the All-Star break. Last week: 12

11. Atlanta Hawks (31-26): The Hawks did nothing outside moving Shelvin Mack at the trade deadline, then proceeded to lose their first two games after the All-Star break. Not the best week. Last week: 8

12. Chicago Bulls (29-26): The Bulls are hanging on for dear life without Jimmy Butler and now are less than three games ahead of the ninth-seeded Pistons. Last week: 13

13. Dallas Mavericks (29-27): David Lee moved from one contender to another this week, signing with the Mavs just three days after being waived by the Celtics. Last week: 10

14. Charlotte Hornets (29-26): The Hornets have been one of the NBA’s streakiest teams, but they’re on the upswing now, winning seven of their last eight to jump to the No. 7 seed in the East. Last week: 17

15. Portland Trail Blazers (29-27): Lillard and the red-hot Blazers have won 10 of their last 11 games and are making serious moves in West. This wouldn’t be a fun team to face in the playoffs. Last week: 15

16. Houston Rockets (28-28): Dwight Howard is still a Rocket, and Houston is the same inconsistent, underperforming team it was last week. Last week: 18

17. Utah Jazz (27-27): Utah has a promising young core that knocked off the Celtics on Friday, but the No. 8 seed isn’t exactly an enviable position to be in out West. Last week: 16

18. Detroit Pistons (27-29): The Pistons added another solid young player in Tobias Harris at the deadline, but he hasn’t been able to stop Detroit’s current five-game losing streak. Last week: 14

20. Orlando Magic (24-30): Orlando’s decision to part with the budding Harris in return for Brandon Jennings and Ersan Ilyasova is a bit puzzling, especially since the Magic likely won’t be playing past early April. Last week: 20

21. New York Knicks (24-33): Nothing has changed in New York, as Carmelo Anthony didn’t depart for greener pastures. His current pasture looks pretty brown, though: New York is 2-8 in its last 10. Last week: 21

22. Sacramento Kings (23-31): The dysfunctional Kings also chose to remain dysfunctional at the deadline. At least they have awesome throwbacks. Last week: 22

Anthony Davis joins Shaquille O'Neal as the only players in the last 40 seasons with 55 points and 20 rebounds pic.twitter.com/eVhJTfDefs

25. Denver Nuggets (22-34): The Nuggets could move up a few spots in the NBA draft lottery if they keep losing at this rate. Last week: 23

26. Minnesota Timberwolves (17-39): The Timberwolves are loaded with young talent and appear well on their way to landing another high draft pick this summer. Last week: 26

27. Brooklyn Nets (15-41): The Nets hired a new general manager at the trade deadline and moved up a spot in the NBA standings, which is bad news for Celtics fans with Ben Simmons on the mind. Last week: 28

28. Phoenix Suns (14-42): The Suns did well to unload locker room cancer Markieff Morris at the trade deadline. They’ve also lost 11 in a row and have surpassed even the Nets in their futility. Last week: 27

29. Los Angeles Lakers (11-46): The Lakers actually found some offense, scoring more than 110 points in each of their last three games. They still lost all three. Last week: 29

30. Philadelphia 76ers (8-47): Jahlil Okafor reportedly was the target of Ainge’s “mystery” trade that never materialized. The way things are going in Philly for Okafor, that might be for the best for Boston. Last week: 30 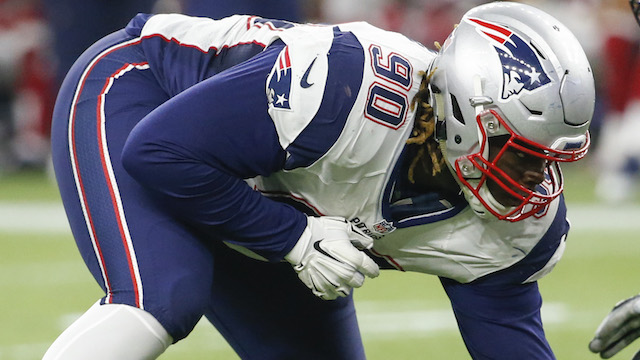 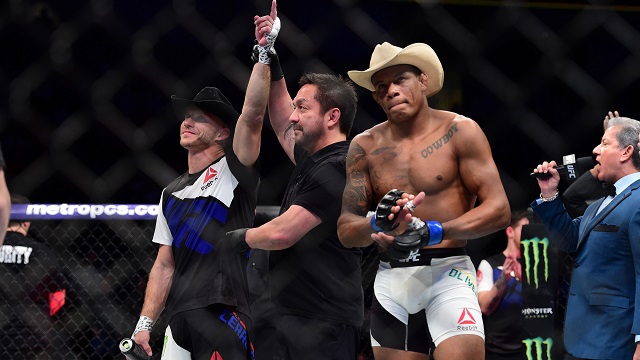