The New England Patriots are the team America most loves to hate. Thanks, Tom Brady.

Public Policy Polling released results of its annual football survey Friday, according to CBS Boston. The poll shows the Patriots have overtaken the Dallas Cowboys as the “most hated” team in the league.

“Every time we’ve done a poll over the years on the most hated team in the NFL, the Cowboys have won out,” Public Policy Polling said in its press release. “But this year there’s a new sheriff in town — 23 percent of fans say the Patriots are their least favorite team with the Cowboys dropping to second at 20 percent, and no one else (is) in double digits.”

The presence of Brady likely is a key factor in the Patriots’ rise. Public Policy Polling called him a “lightning rod” based on results of its query on favorite and least favorite passers.

“Our look at the most and least popular quarterbacks in the NFL finds that … they’re the same person. Twenty-three percent say Tom Brady is their favorite QB to 16 percent for Peyton Manning, 13 percent for Aaron Rodgers and 11 percent for Cam Newton. Brady has even more support when it comes to who people’s least favorite QB is, with 29 percent to 10 percent for Tim Tebow with no one else in double digits.”

Public Policy Polling conducted its poll earlier this week. Had the Patriots been playing in Super Bowl 50, their “hated” numbers likely would have been much higher. 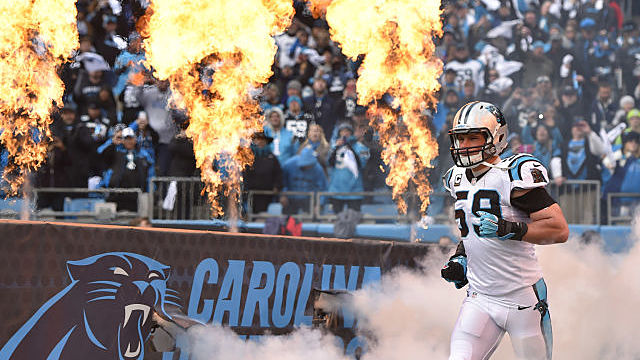