Boston Red Sox players have been making their way to Fort Myers, Fla., over the last few weeks, but Thursday marked the official beginning of spring training, as it’s the date pitchers and catchers were required to report. There’s already plenty of buzz coming out of JetBlue Park.

Expectations are (surprisingly?) high for the Red Sox in 2016, despite Boston coming off its second consecutive last-place finish in the American League East. That’s what happens when you take a talented roster that underperformed collectively in 2015 and add several key pieces over the offseason.

The Red Sox’s 2016 roster appears mostly set with Opening Day a month and a half away, but things still could change. In fact, surprises almost certainly will pop up, so let’s identify the things everyone should be watching as the Sox kick things off at Fenway South.

Most intriguing storyline: Red Sox?s catching situation
There are plenty of notable storylines as Boston begins camp — we highlighted five right here — and the team?s catching outlook admittedly is far down on the list of concerns. But how could you not be fascinated by the prospect of having two young, talented, still-developing catchers now that Christian Vazquez is way ahead of schedule in his return from Tommy John surgery?

It?s not like this is an open competition. Blake Swihart has been labeled the club?s No. 1 catcher after an impressive rookie campaign, and veteran Ryan Hanigan figures to be Boston?s backup, meaning Vazquez likely will start the season at Triple-A Pawtucket. Vazquez has said he?s ready to go, but there inherently are questions about his health, based on the magnitude of last April?s procedure. And those questions won?t be answered until Vazquez returns to game action and proves he?s 100 percent.

That said, Vazquez showed in 2014 that he belongs in The Show. His defensive prowess and his leadership skills have been lauded throughout the organization, and while he might not become Yadier Molina 2.0, the comparisons are justified. It?ll be awfully difficult to keep an impact player like that down in the minors for too long, so the Red Sox ultimately could face a mini-conundrum behind the dish, albeit a good one.

Player to watch: Hanley Ramirez
There are so many options here. The progress of Rusney Castillo and/or Jackie Bradley Jr., for instance, could give an indication as to how the Red Sox?s outfield will perform collectively this season, and the status of basically every starting pitcher beyond new ace David Price is mysterious yet important.

But all eyes were fixated on Ramirez when he arrived at spring training Wednesday. And that?s unlikely to change, given the wide range of possibilities that exist for his 2016 season.

The Red Sox don?t just want Ramirez to seamlessly transition to first base. They need him to seamlessly transition to first base. While there?s a presumption that Ramirez could become Boston?s designated hitter next season after David Ortiz retires, there?s also the reality that such a scenario is a full year away. And if Ramirez can?t handle first base, the Red Sox will have nowhere to stick him.

Ramirez?s physique further adds to the drama. His bulked-up look turned heads last spring. Now, it?s his slimmed-down look that has people buzzing. Perhaps Ramirez will regain some of his past athleticism after losing weight over the offseason. That?s the Red Sox?s hope, at least.

Prospect to watch: Williams Jerez
Jerez, an outfielder-turned-pitcher, was added to the Red Sox?s 40-man roster over the offseason after an impressive 2015 in which the left-hander reached Double-A. He posted a 2.54 ERA and 8.7 strikeouts per nine innings in 41 relief appearances spanning 88 2/3 frames split between three levels.

It?s unlikely Jerez, who turns 24 in May, will do enough this spring to crack the Opening Day roster. He?s still raw in his development, given that he didn?t become a pitcher until 2014. But there?s a need for a lefty in Boston?s bullpen, and Jerez could make an impression now in order to carve out a role later.

Pat Light, who turns 25 in March, is worth keeping an eye on, too. The right-hander showed promise last season — his first as a full-time reliever — and could add some firepower to Boston?s bullpen at some point in 2016.

Non-roster invitee worth monitoring: Carlos Marmol
There?s a reason teams take chances on pitchers like Marmol. The relief market is so volatile year to year that it?s not outside the realm of possibility for a 33-year-old veteran to resurface and make an impact.

Obviously, there?s also a reason Marmol hasn?t pitched in the majors since 2014. And even then, the right-hander wasn?t the same hurler who earned an All-Star selection in 2008, who punched out 16 batters per nine innings in 2010 or who recorded back-to-back 30-save seasons with the Chicago Cubs (2010-11).

But why not try to catch lightning in a bottle? The Red Sox have plenty of other options to choose from while rounding out their bullpen, but Marmol is worth a look based on past success, even if his chances of cracking the roster are slim and his chances of pitching well are slimmer.

For those more concerned about long-term impact, Sam Travis is the most captivating non-roster invitee in camp. The 22-year-old recently was ranked Major League Baseball?s No. 10 first base prospect by MLB.com, as he?s done nothing but hit since being drafted in the second round in 2014.

Dark horse to make roster: Roenis Elias
Elias, acquired from the Mariners as part of the trade that sent Wade Miley to Seattle and brought Carson Smith to Boston, has been a starter the last two seasons. There just isn?t a major league rotation spot for Elias, who went 15-20 with a 3.97 ERA in 51 appearances (49 starts) between 2014 and 2015, meaning the Red Sox theoretically could use him as a reliever. It might even make sense, given the potential need for another left-hander in Boston’s big league bullpen.

Five questions
David Price is the ace. Who?s the No. 2?
The Red Sox finally landed a legitimate No. 1 starter by signing Price to a seven-year, $217 million contract, but we?re still left wondering how much of an impact one man can make. Boston needs contributions from its other rotation members to succeed in 2016, and no one — not Rick Porcello, Clay Buchholz, Joe Kelly or Eduardo Rodriguez — is a lock to thrive, either because of youth, health or recent performance.

Will the bullpen be a strength?
Craig Kimbrel, Carson Smith, Koji Uehara, Junichi Tazawa. That core four looks very good on paper, but Kimbrel and Smith are new to the market, Uehara is old and coming off a broken wrist, and Tazawa was shut down last August after it was apparent his workload over the last few seasons was catching up to him. Be cautiously optimistic.

Where?s the ceiling for Xander Bogaerts and Mookie Betts?
Both players are coming off terrific seasons and look like they?re on the path to stardom. They could firmly establish themselves as foundation players with continued growth this season.

Will Pablo Sandoval bounce back?
Just like Ramirez, Sandoval enters this season with a lot to prove. First, he?ll need to decide whether to abandon switching-hitting — it doesn?t sound like he?s going to — and then he?ll need to focus on improving all aspects of his game, including his conditioning. The Red Sox need Panda.

Does Big Papi have enough left in the tank?
With 37 home runs, 108 RBIs and a .913 OPS last season, Ortiz pretty much flipped Father Time the double bird. That same Father Time can hit back hard, though. Big Papi is 40 years old, so there?s no guarantee his last hurrah will be glorious. 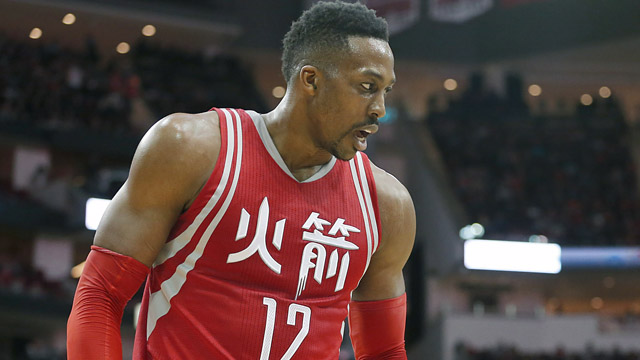 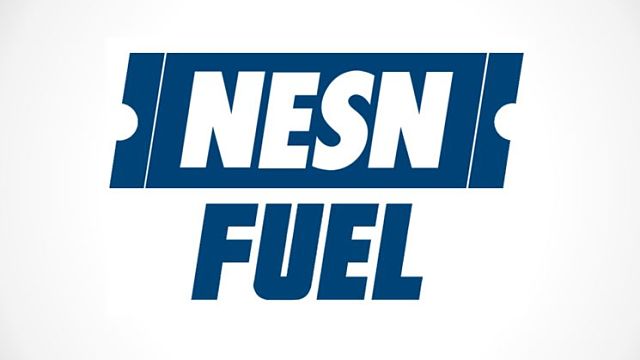