Report: Celtics Plan To Buy Out David Lee's Contract After Not Trading Him - NESN.com Skip to content

David Lee’s tenure with the Boston Celtics reportedly has reached its end.

The Celtics did not deal the veteran forward ahead of Thursday’s NBA trade deadline but plan to buy out his contract by the end of the week, a source told the Boston Herald’s Mark Murphy.

Davids Lee's buyout should be completed by tomorrow, according to source.

Lee did not practice with the team Thursday afternoon in Utah, but he did briefly speak with reporters and said he still believes he can contribute at the NBA level.

Lee added that he has “absolutely zero negative things to say about my coaching staff and teammates.”

Lee, whom the Celtics acquired last summer in a trade with the Golden State Warriors, never quite found his way into coach Brad Stevens’ rotation. He’s appeared in just 30 of Boston’s 55 games and has not played a minute in the last 18 contests.

“In more immediate business,” Bulpett wrote, “(Celtics president of basketball operations) Ainge will be speaking with David Lee and his agent, Mark Bartelstein, to work on a buyout for the 32-year-old forward. The sides had said they would do so if Lee wasn?t traded — and his inclusion was only going to happen if his contract was needed to make a deal with a star work.

“There is no great benefit to letting Lee go, but, if he?s not going to play here, Ainge doesn?t want to see an 11-year veteran tied to the pine. Lee will get a chance to see if there?s a place for him in the rotation of a team with stronger postseason aspirations than the Celts, but NBA rules prevent him from going back to Golden State this season.”

If the Celtics do indeed buy out Lee, it could mean more playing time for rookie forward Jordan Mickey, as Kelly Olynyk’s shoulder injury leaves the team a bit lean in the frontcourt. Mickey has appeared in just three games for the Celtics and has spent most of his first professional season in the D-League. 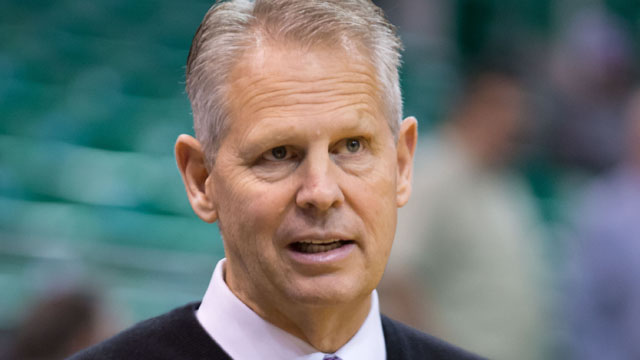