Blatter said the 45-year-old UEFA general secretary “has all the qualities to continue my work and to stabilize FIFA again” after a corruption crisis.

Infantino will complete the rest of Blatter’s presidential term, serving through May 2019. The 79-year-old official was banned by the FIFA ethics committees, along with Infantino’s now-former boss, UEFA President Michel Platini.

The warm congratulations is a notable change of tone for Blatter, who early in the campaign sniped at Infantino despite the fact they come from neighboring Swiss villages.

Infantino was just 5 years old when Blatter joined FIFA in 1975. 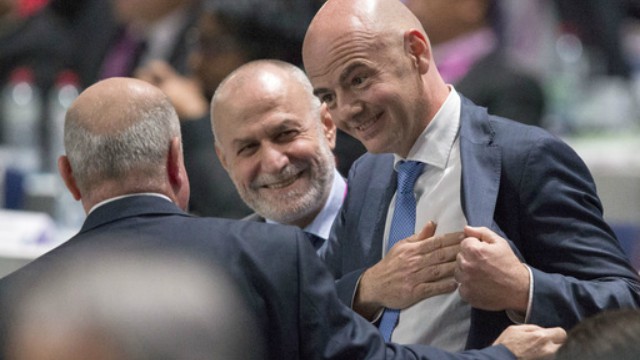