Stempniak tallied two assists, and Liles chipped in with one of his own Thursday night as the Boston Bruins took down the Western Conference-leading Chicago Blackhawks 4-2 at TD Garden. The helpers represented both players’ first points since they joined the Bruins in separate deals at Monday’s NHL trade deadline.

“I felt a lot more comfortable (Thursday) than the other day,” said Stempniak, who made his B’s debut Tuesday night. “I guess the last game, I felt like I was thinking a little too much and not moving my feet. (On Thursday), I was able to handle the puck a little bit more, make some plays, and I?d like to get a few more shots, but when they?re going in for the linemates, it?s great.”

Neither Stempniak nor Liles were viewed as marquee acquisitions, but both have filled needs for the Bruins. Stempniak has slid seamlessly into the first-line right wing position alongside Brad Marchand and Patrice Bergeron, and Liles’ puck-moving ability has given Boston’s defensive corps an added wrinkle.

The latter was on full display when, with the Bruins leading 3-1 late in the second period, Liles helped create a 3-on-2 rush out of Boston’s zone and capped it by feeding Loui Eriksson in front for the team’s final goal of the night.

A slick saucer pass from John-Michael Liles sets up Loui Eriksson for this deflection. WATCH ?https://t.co/n5oef2UON3

“Just trying to create some numbers, and Loui did a great job of driving the net,” Liles said. “So, instead of looking for a guy trailing, you want to try and put the puck for him to get a chance on net.”

The Bruins’ defensive system has taken some getting used to for Liles, who admitted to being caught out of position on a few occasions. At 35, he’s also not the quickest guy on the ice anymore, noting he can’t burn opponents in the way that Torey Krug, Boston’s other skilled puck-mover, can.

What both he and 33-year-old Stempniak have in spades, however, is experience, an attribute that should not be overlooked in a Bruins lineup that, even post-deadline, still features a number of young regulars.

“As you know, this is a guy who has a lot of experience,” Bruins coach Claude Julien said, referring to Stempniak in this instance, “and it shows in those tight little areas. He makes the right plays. He doesn?t panic. He?s a real smart player, and I think he?s a real smart player on both sides of the puck.”

Some additional notes from Thursday’s action:

— The preliminary rosters for the 2016 World Cup of Hockey were announced, and seven Bruins were among those selected.

Eriksson (Sweden), Bergeron (Canada), goalie Tuukka Rask (Finland) and forwards David Krejci and David Pastrnak (Czech Republic) all will play for their respective home nations, but the World Cup experience will be a bit different for defensemen Zdeno Chara and Dennis Seidenberg.

A Slovakian and a German, respectively, Chara and Seidenberg both will compete under the banner of the newly formed Team Europe, one of the tournament’s two multinational squads. (The 23-and-under Team North America is the other.)

Seidenberg acknowledged that playing with players from Slovakia, Denmark, Switzerland, Slovenia, Austria and Norway will be a bit strange, dubbing the team the “Gypsies.” But given that Germany almost certainly would have been left out of a conventional eight-nation tournament, the veteran D-man was more than happy to accept his Team Europe invitation.

“It’s a team with several nationalities,” Seidenberg said Thursday morning. “But at the end of the day, we’re trying to do the same thing as any other team, which is winning hockey games. So it doesn’t really matter. Just about every NHL team has different nationalities, and they get along and somehow find a way to win.”

— Brad Marchand was a notable — if not altogether unsurprising — snub from Team Canada’s initial World Cup contingent. The Bruins winger still has a strong case for making Canada’s full 23-man roster, though, which will be announced this summer.

In anticipation of that, here’s a look back at the last international tournament Marchand participated in: the 2008 World Junior Championships.

The then-19-year-old scored four goals in seven games to help the Canadians to the gold medal, including this one — complete with an A-plus celebration — in a 4-1 semifinal win over the United States:

Marchand also scored against Sweden in the championship game, which Canada won 3-2 in overtime.

— Blackahawks forward Andrew Desjardins absorbed one of the biggest hits of the game, but it wasn’t a Bruins player who threw it. 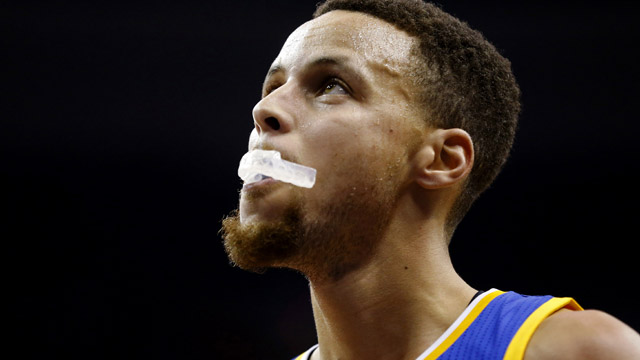 Is Stephen Curry On Pace For The Best Individual Season In NBA History? (Videos) 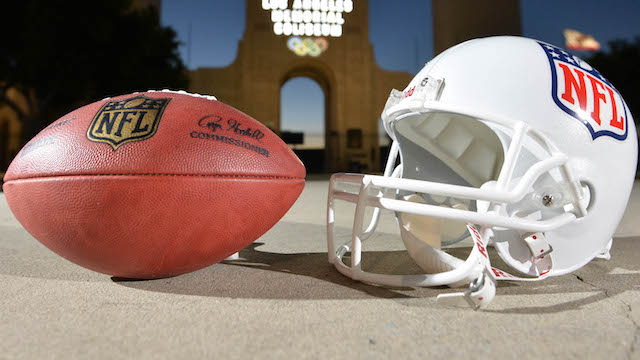