When the topic is the Boston Celtics’ trademark energetic play, the subject often is Jae Crowder, the team’s ball-hawking swingman.

But with Crowder on the sideline, the Celtics need to look elsewhere for their extra hustle. Enter Amir Johnson.

The veteran power forward had one of his best games of the season Sunday against the Philadelphia 76ers, tallying a season-high 18 points on 9-of-10 shooting to go along with eight rebounds and two blocks. But Johnson’s contributions went beyond the stat sheet, as he made several hustle plays to help Boston earn a much-needed win over a pesky Sixers team.

“I think since the second half in Indiana (vs. the Pacers) he’s been really good,” head coach Brad Stevens said of Johnson in a postgame interview aired on CSN New England. “We’re going to need him to continue to be that way. He just gives us a different level of athleticism down there with an ability to challenge shots, but also to finish with tip-ins and lobs and those types of things.”

Johnson has averaged nearly 11 points per game in his last four contests. But despite his newfound offensive prowess, his best play Sunday might have been a foul.

With Boston clinging to a seven-point lead in the fourth quarter, Johnson hustled to track down Nerlens Noel after a steal and fouled him on the breakaway. Noel, a 60 percent free throw shooter, bricked both freebies, and the Celtics went on a subsequent 10-2 run that helped seal the win.

“Just wanting to show energy and just being relentless,” Johnson told CSN New England’s Kyle Draper in a postgame interview. “Not giving up on any plays, trying to talk out there and just trying to help my teammates, do anything I can do on the floor.”

The 28-year-old usually doesn’t log big minutes, but with the Celtics struggling to stay afloat without Crowder, the team will need more high-energy efforts from Johnson like the one he produced Sunday.

“He just brought his energy,” point guard Isaiah Thomas said in a postgame interview on CSN New England. “He was running the floor, getting offensive rebounds, putbacks. He was doing all the things we needed him to do. He kind of started off with the energy to start the game, and he held us together.”

Let’s hit a few other notes from Celtics-Sixers:

— Thomas was pretty critical of the officiating crew after Friday’s loss to the Toronto Raptors. But the All-Star guard didn’t have much to complain about Sunday, as he shot a game-high 10 free throws and sunk all 10 en route to a game-high 26 points.

“Yeah, that’s more like it,” Thomas said of Sunday’s officiating. “Let’s keep it consistent. I was just playing my game, being aggressive. The refs called it in my favor tonight, so hopefully it stays that way.”

— Thomas addressed the media in style, paying homage to the 1986 NBA champion Celtics with a pretty awesome throwback hat:

Isaiah: "We got a little confidence back and got back to playing Celtics basketball." pic.twitter.com/hjFryxpxjC

— For those feeling down about the Celtics’ recent struggles, here’s an uplifting stat: Boston notched its 40th win of the season, tying last season’s win total with 12 games left on its schedule.

— The win also was the Celtics’ first road victory since Feb. 20, as the team had dropped four consecutive games away from TD Garden entering Sunday. It also helped the C’s maintain their tenuous status as the No. 5 seed in the Eastern Conference.

“There’s no question that the plane ride feels a lot better when you win than when you lose,” Stevens said. “I just think this whole thing is about staying in the moment and focusing on what you can control. We played a rough patch there, a rough stretch, and we’ve got a tough one (Monday against the Orlando Magic). But you’ve just got to do what you can to focus on the now.

— The Celtics should have an extra body back for Monday’s game, as forward Jonas Jerebko is expected to return after missing two games with a sore left ankle and Achilles.

Stevens said he has been told that Jonas Jerebko (left ankle and Achilles soreness) should be ready for tomorrow's game against Orlando. 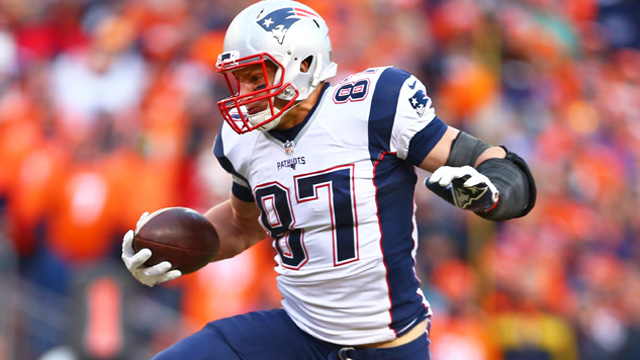 Drew Rosenhaus, Rob Gronkowski’s Agent, ‘Not Talking About’ His Contract 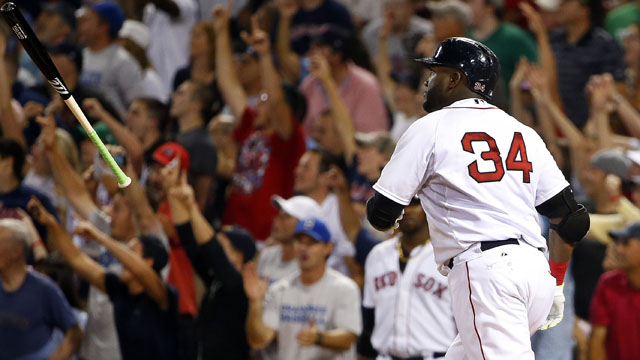