BOSTON — Isaiah Thomas is used to hearing from the haters. He’s also used to firing back at them, which is exactly what he did Monday night.

The Celtics point guard’s name came up last week on CSN New England’s “Arbella Early Edition,” when co-hosts Greg Dickerson and Gary Tanguay were debating whether Thomas, who was named to his first All-Star game this season, would ever develop into a bona fide star.

The short answer for both pundits was “no,” with Tanguay adding that Thomas never would be a “foundation player.” The 5-foot-9 point guard caught wind of the comments Saturday and responded in a tweet, which he later deleted: “Thanks Greg Dickerson and that other guy LOL… ‘If the hate don’t work they start telling lies’ smh.”

Thomas was asked about the little incident after Monday’s win, and apparently he still hasn’t forgiven the two, especially Tanguay.

“That guy is funny,” Thomas said. “The funny thing about it, he’s going back on everything he’s saying because he knows he’s wrong. I don’t know him, but he’s got some bad rap on social media, so that says a lot about him. But it is what it is. I told you: They’ll find something to say.”

Thomas, who tallied 18 points and nine assists in Boston’s 100-95 win, was told that Tanguay invited him to join him on his show. But let’s just say that’s not happening any time soon.

“Yeah, because he knows he’s wrong,” Thomas said. “Everybody’s on his head. He knows he’s not right. I would never go on his show. I don’t even know his name.”

Let’s hit a few other notes from Celtics-Jazz:

— Jordan Mickey made a surprise appearance, earning a season-high seven minutes of playing time — all in the second quarter — and tallying three points, three rebounds and a block.

But apparently the rookie forward knew he might get some burn.

“I texted him actually (Monday),” head coach Brad Stevens admitted, “and said, ?you need to be ready to go at any time because there could be any time that those guys have to contribute and help us win a game.'”

Mickey said he got Stevens’ text early Monday morning and read it “about 10 times” before responding with a simple “OK.”

— The Celtics threw a block party for the ages against the Jazz.

Boston racked up a total 13 blocks to Utah’s four, the most crucial of which was Avery Bradley’s swat of Gordon Hayward with 20 seconds remaining. The 13 blocks the Celtics’ highest single-game total since Dec. 12, 2009, a stat that surprised even Stevens.

“Really? Wow,” Stevens responded. “Yeah, if you would?ve told me we blocked more shots than them, I would?ve been surprised.”

— Every Celtic who played Monday recorded at least one block except Thomas, but the 5-foot-9 guard is demanding a recount.

“The thing is, look, I got a block at the end of the second quarter, but you probably couldn’t see it,” Thomas said. “The guy threw it from full court. I got a hand on it. I tried to look at the stat guy to make sure he got my block, but he wasn’t trying to pay me no mind.”

— Bradley was no worse for wear after suffering a minor ankle injury in Saturday’s win over the Miami Heat. The shooting guard admitted the ankle wasn’t exactly 100 percent, though.

“I was able to get treatment after (Saturday’s game),” Bradley said. “Actually, when I went back in the game I was still a little stiff. It was hurting me. But it feels a little better now. It still hurts a little bit. It swelled up a little bit. But I’ll be fine.” 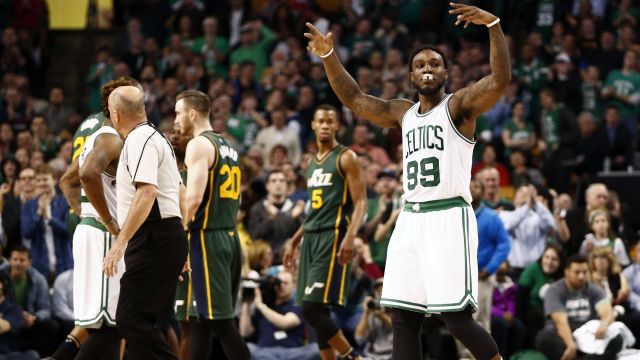 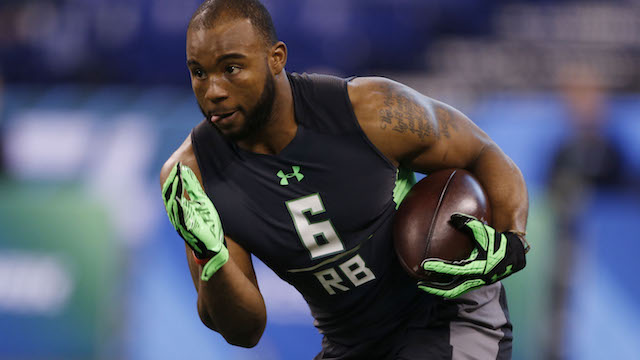