For about 12 minutes Saturday night, the Boston Celtics looked like the best team in the Eastern Conference. Then the other 36 minutes happened.

The Celtics roared out of the gate against the top-seeded Cleveland Cavaliers, opening up an 18-point first quarter lead at Quicken Loans Arena. Yet the methodical Cavs took Boston’s best punch in stride, responding with a big second quarter before outscoring the Celtics 65-49 in the second half to pull away for a 120-103 win.

LeBron James squelched any chance of a Boston comeback, scoring 20 of his game-high 28 points in the second half to snap the Celtics’ five-game winning streak. The Cavs put eight players in double figures, with Kyrie Irving also adding 20.

On the bright side for Boston, Isaiah Thomas (27 points on 9 of 15 shooting, four assists, zero turnovers) continued his terrific play, while Jared Sullinger (17 points, 13 rebounds) dominated in the paint. The C’s have dropped three of their last four road games.

RUNNING HOT
The Celtics pushed the pace and shot the lights out in the first quarter to open up a huge early advantage.

Apparently taking a lesson from Friday night, the C’s played at a breakneck tempo, pushing the ball after every Cavs possession and beating Cleveland down the floor for fast-break buckets.

The C's are pushing the pace early vs. the Cavs! Tune in now on @CSNNE. pic.twitter.com/8IfJKIF5E1

They also started hot from deep, hitting 5 of 7 3-pointers as part of a 35-point frame while the Cavs hit just two of their first 11 long balls. The Celtics went on a 20-6 run at one point and led by 13 after the first quarter.

WEATHERING THE STORM
The East’s No. 1 seed didn’t stay quiet for long.

Cleveland snapped out of its funk in the second quarter, putting together a massive 24-8 run to erase its double-digit deficit and take the lead. The Cavs’ offensive surge was led by Irving, who dropped 15 first-half points on 5 of 7 shooting. On the defensive end, Cleveland slowed Boston’s fast-paced attack to a crawl, allowing just 18 Celtics points in the quarter.

The C’s also didn’t do themselves any favors at the line, going just 3 for 9 from the free throw line in the first half.

TRADING BLOWS
The third quarter was a microcosm of the first half, as the Celtics charged out the gates before the Cavs came storming back.

Boston picked the tempo back up momentarily early in the quarter, going on a 9-0 run highlighted by a Jae Crowder fast-break dunk.

Jae Crowder snags the rock and wins the footrace to the rack: pic.twitter.com/uJwhvLFOww

But the Cavs took over from there, as James poured in 13 third-quarter points to stretch Cleveland’s lead to eight entering the fourth. The Cavs also benefited from plenty of freebies: The C’s committed nine fouls in the quarter and also picked up a technical courtesy of Marcus Smart.

CLOSING THE DOOR
The Celtics couldn’t conjure any comeback magic this time around.

Despite overcoming double-digit deficits in its previous four games, Boston went quietly into the night, as the Cavs started the fourth quarter on an 8-2 run to squash the Celtics’ hopes of pulling off another miracle. Avery Bradley had two open 3-point looks midway through the quarter that would have cut Cleveland’s lead to six points but missed them both.

PLAY OF THE NIGHT
Sure, Bradley’s crossover on James was pretty sweet, but Thomas also found the highlight reel by drilling a rainbow 3-pointer in James’ face in the first half.

UP NEXT
The Celtics get a few days off before returning to TD Garden, where they’ll look to extend their 14-game winning streak Wednesday against the Memphis Grizzlies. The Grizzlies own the No. 5 seed in the Western Conference and have won five of their last six games. Tipoff is scheduled for 7:30 p.m. ET. 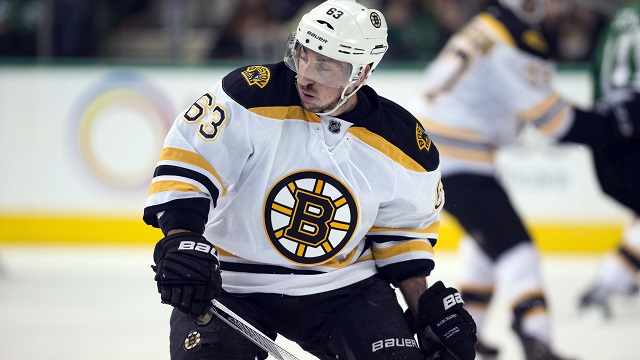