ESPN public editor Jim Brady wrote what New England Patriots fans have been protesting for over a year, though in much more delicate terms: The Worldwide Leader “mismanaged” its Deflategate coverage.

Brady, who admitted he’s a New York Jets fan, detailed the missteps ESPN made in its coverage of the Patriots controversy and went as far as to say Thursday that New Englanders’ “paranoia” toward the network is fair.

Brady wrote that ESPN considers the mismanagement of the story “as isolated incidents coming out of different departments on different platforms.” Brady agrees “for the most part, this is structurally accurate.”

The divide between Patriots fans and ESPN over the story started when NFL insider Chris Mortensen tweeted 11 of New England’s 12 footballs were underinflated by 2 pounds each. ESPN knew “relatively soon after the story was published” that detail was not true, according to Brady. Mortensen didn’t immediately delete his tweet, however, and the wording stayed up on ESPN.com for months after the January report.

Mortensen finally deleted the tweet in August, but ESPN didn’t add a clarification to its website’s story until over a year had passed since the 2014 AFC Championship Game.

Brady wrote he doesn’t have a “smoking gun” connecting ESPN and the NFL collaborating against the Patriots, “but that doesn?t mean you?re crazy for wondering whether something was afoot.” ESPN’s “Outside The Lines” published a piece last summer connecting Deflategate to Spygate. The theory went that the NFL came down hard on the Patriots for Deflategate because the league went easy on them for the previous scandal.

The NFL made no attempt to correct false information reported about Deflategate, which only strengthened its case against the Patriots, who lost a first-round draft pick in 2016 and a fourth-rounder in 2017 and were fined $1 million as punishment. Patriots quarterback Tom Brady also received a four-game suspension, but U.S. District Judge Richard Berman vacated the ban. The NFL is appealing Berman’s decision Thursday afternoon.

ESPN’s Brady touched on other missteps by the network that sent Patriots fans into an uproar. “Outside The Lines” reported Patriots locker room attendant Jim McNally tried to introduce an unapproved ball into the AFC Championship Game. The story was clarified the next day by ESPN NFL insider Adam Schefter, who reported a league official had been fired for stealing footballs, effectively acquitting McNally of that potential misdeed.

ESPN also twice incorrectly cited a since-retracted Boston Herald story that said the Patriots taped a St. Louis Rams Super Bowl walk-through in 2002. ESPN apologized to the Patriots in a statement that aired once at 12:30 a.m.

ESPN also edited a story written by its Patriots reporter, Mike Reiss, in which he questioned “Outside The Lines” reporting. Reiss wrote seven takeaways to the story, and two were edited out after the story was published.

?Like any piece we do, I took a look at it and felt like we needed to make some edits to it,? said Mary Byrne, ESPN.com’s senior deputy editor for daily coverage. ?Unfortunately, it happened after we published.?

Reiss said one takeaway was removed because “I was told it made me seem like too much of a booster. … On the other one, what I received was feedback that it was questioning our own work, casting doubt on what another reporter was reporting, and if the roles were reversed, to consider how that might be received.?

Brady’s column probably seems like too little too late for Patriots fans to forgive ESPN for its lack of transparency and accountability, but it was important to publish.

Click to read the ESPN.com story on Deflategate coverage >> 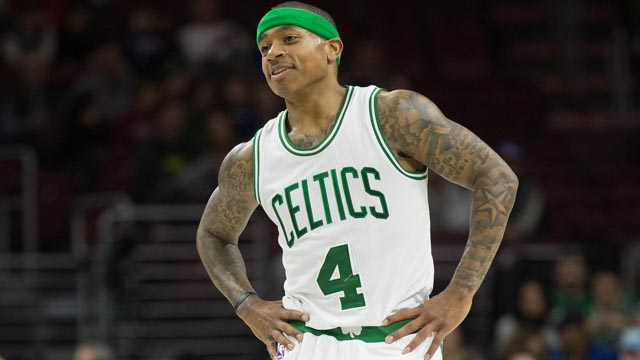