The Midwest Region as a whole probably is the second-hardest of the bunch, but all eyes will be on two teams.

NCAA Tournament fans will be watching to see if we’ll get a Michigan State versus Virginia Part III, and this year’s potential matchup comes with some seeding drama. Many fans believe the Spartans should have received the No. 1 seed that the Cavaliers were dealt on Selection Sunday, and that’ll only fuel Virginia’s fire, as it lost the previous two tournament meetings.

Here are our picks for the Midwest.

FIRST ROUND
No. 1 Virginia over No. 16 Hampton
This won’t be the year a No. 16 seed upsets a No. 1 seed. Hampton had some serious momentum this season as the Mid-Eastern Athletic Conference regular season and tournament champions, but they haven’t faced the level of competition they need to beat Virginia. Not to mention, the Cavaliers are out to prove they deserve that No. 1 seed.

No. 9 Butler over No. 8 Texas Tech
Texas Tech probably is overseeded in this tournament. Sure, the Red Raiders beat Iowa State, Baylor and Oklahoma in three straight games, but they also went 19-12 and lost in the first round of the Big 12 tournament. Butler has some pretty productive scorers and should have no problem taking this one.

No. 5 Purdue over No. 12 Arkansas-Little Rock
Unfortunately for Little Rock, Purdue could be a dark horse in the Midwest. The Trojans do have some upset potential in them — they won the Sun Belt regular season and tournament titles — but the Boilermakers have a big size advantage. Little Rock might keep it close, though.

No. 13 Iona over No. 4 Iowa State
There has to be an upset somewhere, right? Iowa State and Iona play at about the same pace, but, to be blunt, the Cyclones’ defense is pretty bad. Pair that with the fact that the Gaels use a nine-man rotation, and they could beat Iowa State on fresh legs. We swear this pick has nothing to do with the fact that a certain woman’s bracket was completely busted by Iowa State last year, either.

No. 6 Seton Hall over No. 11 Gonzaga
This is going to be a good game. Seton Hall sophomore Isaiah Whitehead led the Pirates past Xavier and Villanova to win the Big East and averaged 26 points per game in March, but the Bulldogs should prove to be a worthy foe.

No. 3 Utah over No. 14 Fresno State
This game could get interesting, too. Utah might be overrated, especially after getting blown out by Oregon 88-57 in the Pac-12 final. The Utes gave away 20 turnovers, and the Fresno State Bulldogs like to steal. Utah’s Jakob Poeltl, a 7-foot center, could be the difference here, though.

No. 7 Dayton over No. 10 Syracuse
The Orange lost five of its final six games and hasen’t beaten a team that’s in the field since Jan. 28. We have no problem taking the Flyers here.

No. 2 Michigan State over No. 15 Middle Tennessee
Sorry, Middle Tennessee, but your first matchup is with the team that likely will win this region. We don’t see any way the Blue Raiders beat the Spartans.

SECOND ROUND
No. 1 Virginia over No. 9 Butler
Butler has a 6-foot-4, 227-pound point guard in Roosevelt Jones who should make this game interesting. Not interesting enough for an upset, though.

No. 5 Purdue over No. 13 Iona
Iona had its fun upsetting Iowa State, but it won’t do the same to Purdue. The Boilermakers have two 7-foot centers, including A.J. Hammons, and they have plenty of momentum after coming this close to beating Michigan State in the Big Ten final.

No. 6 Seton Hall over No. 3 Utah
We almost pegged Utah to get upset by Fresno State, so it’s really not hard to imagine them losing to a good Seton Hall team. Still, expect a good matchup between Utah’s Poeltl and Seton Hall’s Whitehead.

No. 2 Michigan State over No. 7 Dayton
Michigan State has no problem getting through Dayton. The Spartans will be in the Sweet Sixteen.

SWEET SIXTEEN
No. 1 Virginia over No. 5 Purdue
Purdue will have a great run, and then it’ll get to face Virginia. The Midwest’s group of Sweet Sixteen teams should provide some exciting matchups, but there really won’t be any stopping the top dogs here.

No. 2 Michigan State over No. 6 Seton Hall
See above, and replace “Purdue” with “Seton Hall” and “Virginia” with “Michigan State.”

ELITE EIGHT
No. 2 Michigan State over No. 1 Virginia
There you have it: Michigan State versus Virginia Part III. The Spartans bounced the Cavaliers in the Sweet Sixteen in 2014 and the Round of 32 in 2015, both times as underdogs. But while Virginia certainly will want to exact its revenge, we have a feeling Michigan State won’t get over the feeling of being slighted as the No. 2 seed. 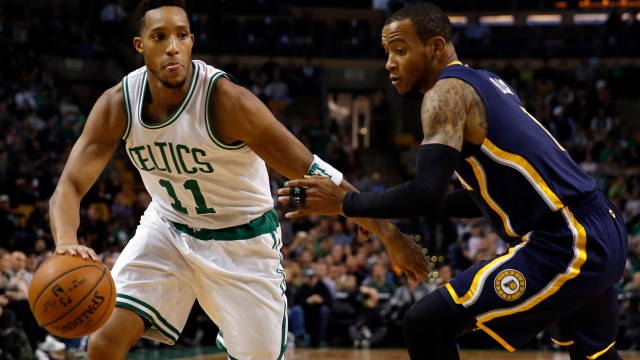 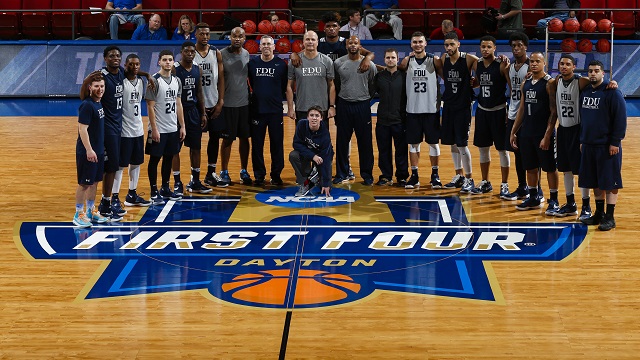