The best advantage a baseball team can get is through the art of deception. From curveballs that look like fastballs until they drop under a hitter’s bat, to the delayed steal that no one notices until a runner is halfway to second base, sleight of hand is as important as anything else in baseball.

Among the most important tools of the trade are signs. Baseball coaches do lots of peculiar things — like pinching their noses or rubbing their arms and belts — to tell both batters and base runners what to do. Sometimes they’re telling a player to steal, other time it’s a sacrifice bunt or any number of things.

Boston Red Sox third base coach Brian Butterfield gives many of those signs on the field, and he caught up with NESN’s Jerry Remy to explain how the Red Sox might communicate through signs on any given night. Of course, the signs Butter shows aren’t what the Red Sox actually use, but rather a simplified example to teach all of us at home.

Check out Butterfield’s lesson in the video above. 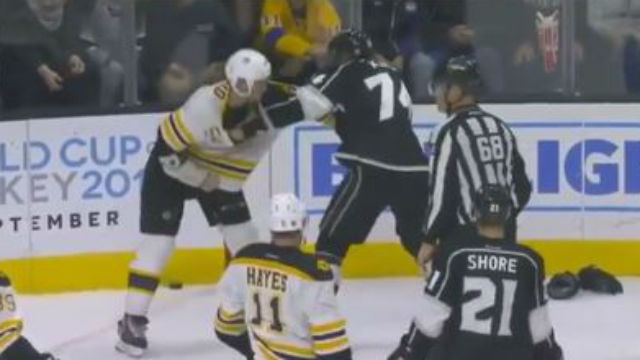