You probably already knew this, but Ben Simmons’ short-lived college basketball career is over.

The 19-year-old LSU freshman told ESPN’s Jeff Goodman on Sunday night he will hire an agent and declare for the 2016 NBA Draft. Simmons’ mother confirmed the news to USA TODAY Sports’ Nicole Auerbach.

The expectation all along was that Simmons would ditch the Tigers after one season, as many project the Australia native as this year’s No. 1 overall pick. His team didn’t exactly help his cause, however, as Texas A&M demolished LSU in the SEC tournament semifinals, and the Tigers declined to participate in the NIT after a mediocre 19-14 season.

That record hardly was Simmons’ fault, as the 6-foot-10 forward was the only player in the country to average greater than 19 points, 11 rebounds and four assists per game. A few NBA executives told Goodman that Duke freshman Brandon Ingram has “closed the gap” on Simmons, but they still expect the LSU product to be taken first.

So which team has the best shot at landing Simmons? If the season ended Monday, that’d be the Philadelphia 76ers, who should finish with the NBA’s worst record and thus would have a 25 percent chance of winning the NBA’s draft lottery, according to RealGM.com. The Los Angeles Lakers currently have the second-best odds at 19.9 percent, leaving the Boston Celtics — who own the Brooklyn Nets’ 2016 first-round pick — with the third-best odds of landing at No. 1 at 15.6 percent.

The Nets currently are tied with the Phoenix Suns for the third-worst record in the league, so those odds could change in the final few weeks of the season. But even if the Celtics don’t land Simmons, they have a good shot at owning a top-5 pick. 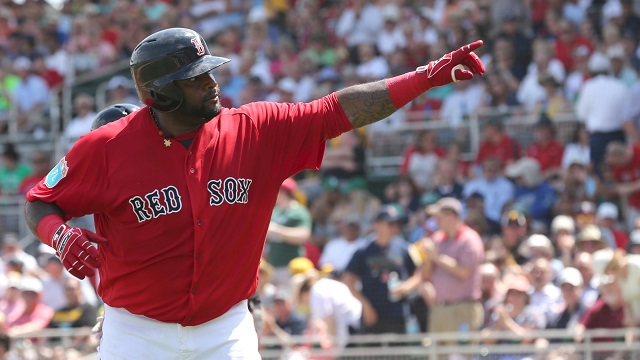 Pablo Sandoval Knows He Must Earn Job: ‘I Have To Prove A Lot’ To Red Sox